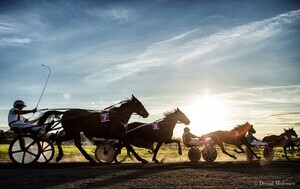 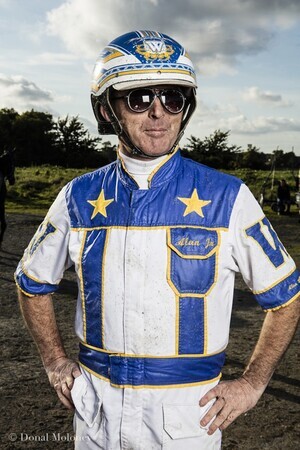 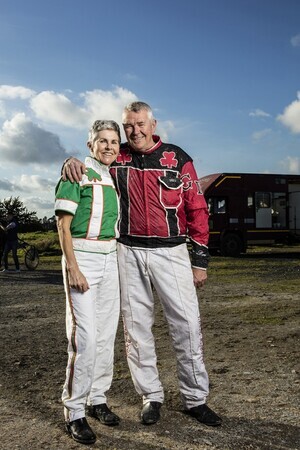 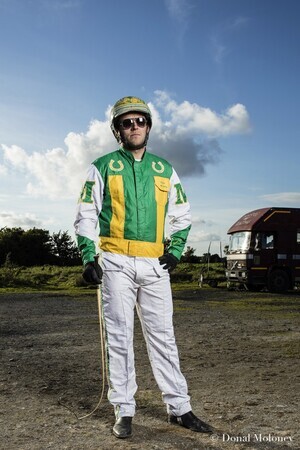 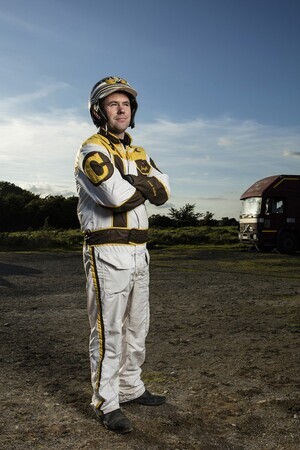 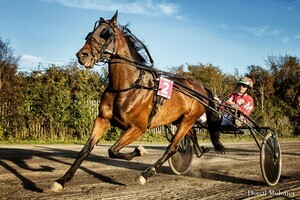 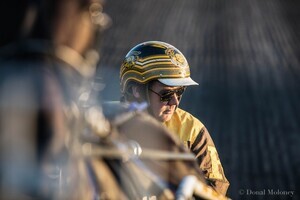 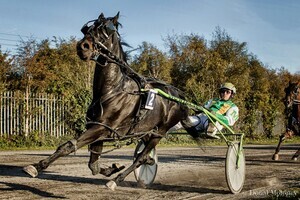 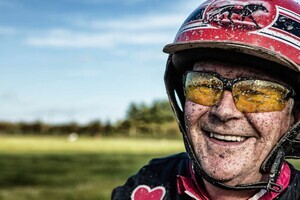 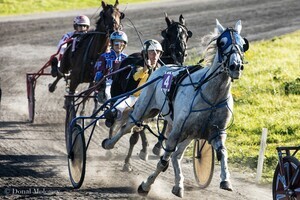 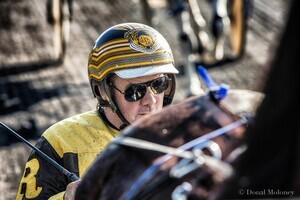 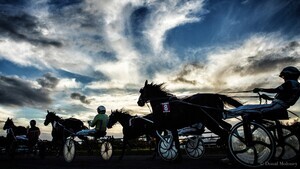 It’s a sunny Sunday in October as we pull into Portmarnock raceway. The retro burger wagon gleams in the sunlight as Chariots Of Fire plays out over the tannoy. Men clad in race colours akin to motorcycle super heroes saunter through the paddocks with mud splashed faces and cheeky grins. A slice of laid back Americana.

It’s not long before we are introduced to John ‘JR’ Richardson and Alan the ‘Wild Thing’ Wallace, seasoned veterans of the Irish Harness Racing (IHRA) circuit.

The bikes or sulkies lie to one side as owners, trainers and drivers prepare their prize pacers and trotters for the day’s races.

Out on the all weather track there is plenty of activity. Horses and drivers are warming up, the tractor loops around raking and sprinkling the surface between races before the moving gate lines up the competitors and they’re off to a running start.

Everything and everyone is in slow perpetual motion until a race starts and then it’s three minutes of focused attention, cheering and shouting.

Technically, we learn, there are a few differences between the races: Trotters follow a diagonal gait while the Pacers have perfected a lateral stride.

Apart from that it’s all about breeding, good driving and knowing your horse. Not to mention the battalion of people who are involved behind the scenes.

But that’s just one end of the scale and thanks to the integration program and apprenticeship scheme, drivers from all walks of life can get involved and get their licence.

“I wanted to retire a few years ago,” said Brenda Hudson, matriarch of the track who single handedly owns, trains and drives her horse. “but the spirit of the people kept me going.”

The afternoon we spent with her involved hours of warming up and warming down her horse, taking off tack, putting on blankets, massaging and talking to him so that by the time he hits the track late into the day he is totally at ease in the melee of stampeding gladiators.

You can catch them in action again this Sunday with Special guests: Sam Maguire and the victorious Dublin Team all the way from Jones’ Road. 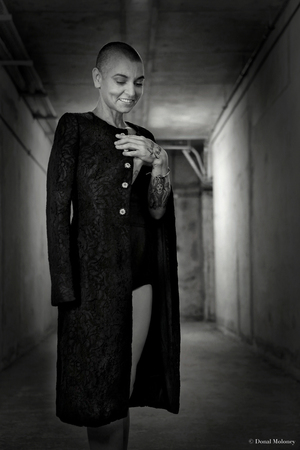 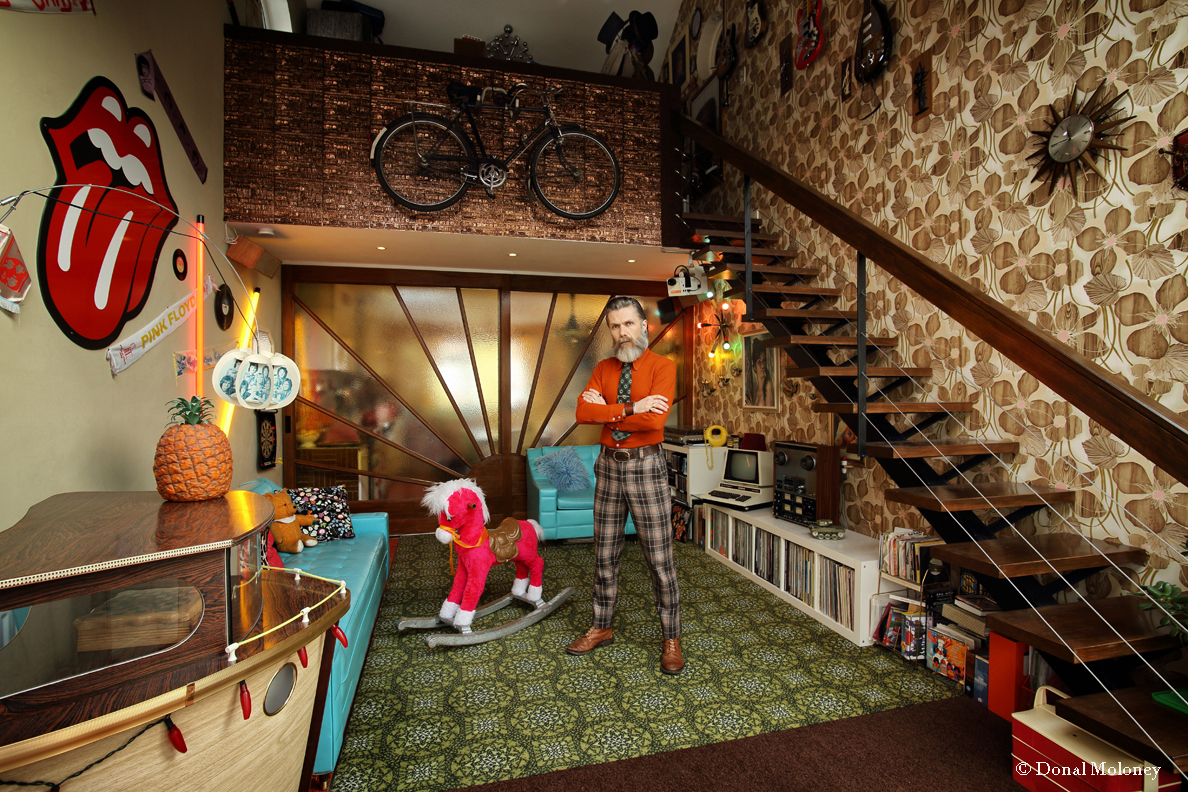 At Home With Ger 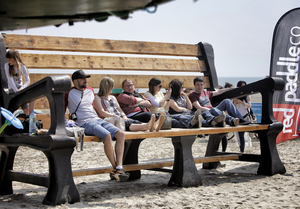 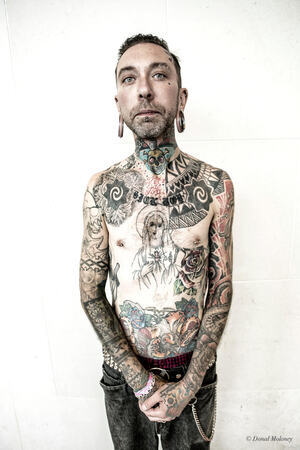 I Find Myself Strangely Drawn

3 thoughts on “The Last Gladiators”