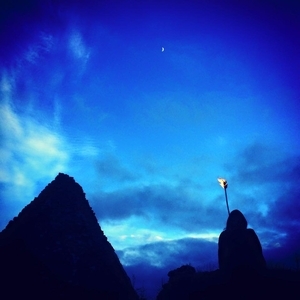 01. Offaly four-piece Unkindness of Ravens are a doom-metal-influenced outfit with gothic inflections. Think Sabbath by way of Chelsea Wolfe and Sisters of Mercy.

02. Certainly no strangers to reverence for metal traditions, the band started out as a motorcycle-fixated stoner-rock group monikered Road Rash, releasing a single extended-player before regrouping to their current configuration.

04. They’re on the road this weekend, playing Dublin’s Hangar on Saturday night, and Cork’s Urban Jungle on Sunday, in support of UK post-metallers OHHMS.

VERDICT: Big aul’ riffs are in as much abundance as cheesy organs here, and it makes for an immersive listen for fans of the aforementioned. One to be appreciated live.