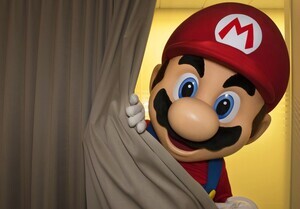 Coming up at 3pm:

Nintendo announce their next videogame console, off the back of the commercial disappointments of the tablet-based Wii U.

Codenamed NX, it launches in March, and is rumoured to be a hybrid of home and portable consoles.

Expect: a new name, early looks at games and explanation of the tech. All will be revealed in an episode of Nintendo Direct, the company’s online video magazine, going up shortly.

More as we have it.

Just announced this minute on Nintendo of America’s online presence, but not Europe’s for some odd reason, despite being heavily advertised across the company’s UK social media.

Say hello to the Nintendo Switch – a game console playable across several form-factors, from home console, to handheld device, to novel self-contained mini-machine.

Leave The NES To Last

The One You Can’t Have