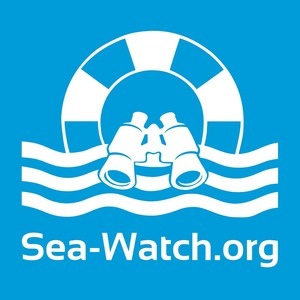 An intervention by a speedboat, labelled as Libyan Coast Guard, during one of today’s rescue operations caused several deaths today in the Central Med, 14nm off Libya.

During our first-aid delivery for a rubber boat with approximately 150 migrants on board, a Libyan Coast Guard vessel arrived and attacked the refugees, entering the rubber boat and hitting them with sticks.

Our two speed boats were furthermore beset aggressively, preventing our crew from further providing life vests and medical aid to the people in need.

The violent intervention of the Libyan Coast Guard caused a situation of mass panic on board the rubber boat in distress, in the cause one tube of the rubber boat collapsed, causing the majority of the 150 people to slip into the water.

Our crew immediately tried to rescue as many as possible but a binary number of people could not be saved. 4 bodies were recovered onto the Sea-Watch 2, another 4 unconscious people are currently receiving medical treatment. 120 refugees could be rescued aboard our vessel.

This latest incident of alleged Libyan official units endangered not only the crew of rescue volunteers but moreover caused the death of many migrants. By now it is very unclear why Libyan Coast Guard engaged the way it did. Sea-Watch calls for an immediate and detailed solution of this violation of humanitarian law.

The crew of the Sea-Watch 2 is presently still engaged in rescue operations of multiple refugee boats in distress, all staff is working at capacity. Additional information is being assessed and will be provided in the cause of the day.

Earlier: ‘Who Is “We”? What Constituency Do You Represent?’

17 thoughts on “Meanwhile, Off Libya”