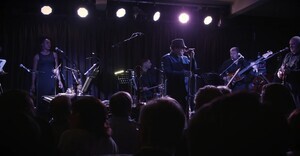 ‘Every Time I See A River’, written by Van Morrison with lyrics by Don Black, also features Van on electric guitar, is the second single taken from Van Morrison’s 36th studio album, ‘Keep Me Singing’, which reached the number 4 spot in the UK official album charts and was met with widespread critical acclaim upon its release….

Waiting For The Man