Yesterday’s Irish Independent carried no word of the media ownership report. The Sunday Independent did deal with it, but by way of comment rather than reportage. Liam Collins opened his Zozimus column on page 12 with a reference to “Yet another tiresome blog on the ‘worrying lack of plurality’ in the Irish media from that paragon of British liberalism, Roy Greenslade.”

Greenslade, who is professor of journalism at City University London, had posted a piece on his Guardian blog drawing attention to the report.

It is, of course, entirely legitimate for Collins to find Greenslade’s writing on the subject tiresome – that’s a matter of opinion.

What’s striking, though, is that the only account of the report that readers of the Independent titles received on Sunday and Monday was through an attack on another reporter whose views were discounted in advance because he is, of all despicable things, a paragon of British liberalism.

Those readers would have no idea what the report actually says. The substance of Collins’s take on it, indeed, is that no one should bother reading it.

… The essential point, however, is that the sum total of the information presented on this event in the Independent papers on Sunday and Monday was to the effect that Shinners, Brits, liberals and socialists (a range of targets for contempt to suit every taste) have produced a tiresome document that you, the reader, don’t need to know about.

Fintan O’Toole: Why some papers are ignoring a report on Irish media (The Irish Times) 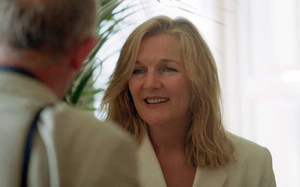