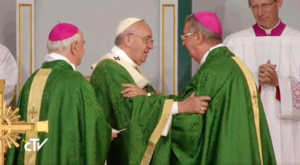 57 thoughts on “Chosen Ones”