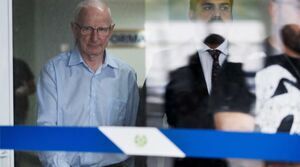 A spokesperson for the Olympic Council of Ireland has said it will not be paying the €410,000 bond which Pat Hickey is required to pay as a condition of having his passport returned and being allowed to leave Brazil on medical grounds.

The OCI says it is a personal matter for Mr Hickey….