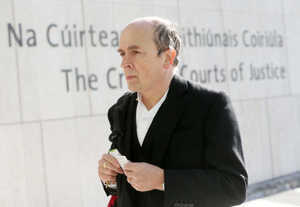 A former solicitor who was due to be sentenced today for stealing €260,000 from client accounts has had her case adjourned after a Dublin Circuit Court judge said she could not pass sentence due to family connections.

A previous court hearing was told that 47-year-old Jacqueline Durcan from Co Mayo and now living in Brussels, was in debt for €6.5 million after a series of failed investments when the offence occurred between 2008 and 2011.

She had pleaded guilty and was due to be sentenced today.

However, Judge Melanie Greally said a “set of circumstances had arisen” and it appeared there were connections between her wider family and Durcan’s wider family and it would not be appropriate for her to deal with the case.

Defence barrister, Patrick Gageby SC, said his client and her husband were in the difficult position of owing €6.5 million to the banks at the time of the offence.

“This young couple over-reached themselves during the property bubble,” he said. “They made a series of ventures which brought catastrophic circumstances on themselves and their family.”

Justice Declan Costello conducted the judicial review and held that Mr (George) Gibney’s right to a fair trial would be infringed if the prosecution were to be proceeded with.

Ms Denham was in ‘complete agreement’ with the majority judgement…

The Chief Justice, Her Brother And How George Gibney Got Away (Broadsheet, April 29, 2016)

11 thoughts on “The Family Court”