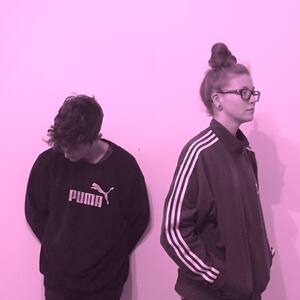 01. Chris and Aimie (no surnames) are the transatlantic synth-pop duo LE BOOM, based between Dublin and Brooklyn.

02. Hotly tipped by the Irish Times and State.ie for bigger things domestically, their work in the U.S. is paying off, with recent glowing reviews from Paste Magazine.

03. Streaming above is the video for single What We Do, a taster of their first formal release due next year. Filmed in Brooklyn, with featured dancer Breckyn Drescher.

04. Catch them next at Floating Joints XI at Connolly’s of Leap on the 17th, supporting Meltybrains?

Verdict: Super-tight synth-pop with indie touches, the duo easily has it in them to elude the big-name comparisons and put their own stamp on Irish electronica.