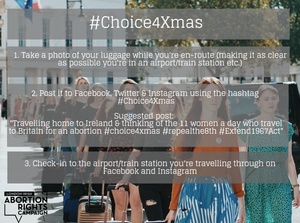 Going back to Ireland for Xmas?

We want those heading back to Ireland for the festive season to show support for women travelling in the other direction, by ‘checking in’ at ferry and airports and using the hashtag #choice4xmas.

The #choice4xmas campaign will run from December 16th. We’re asking ex-pats to check-in on social media at airports and ferry ports, with the suggested text:

“Travelling home to Ireland & thinking of the 11 women a day who travel to Britain for an abortion #choice4xmas #repealthe8th #Extend1967Act”.

London-Irish ARC’s next open meeting takes place at 18:30 on February 1 at Queen Mary’s University. Those interested in attending can book a place here. 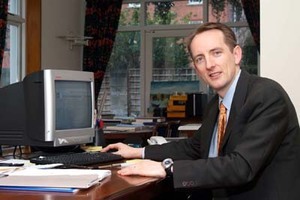 29 thoughts on “Leave Your Choice At Check-In”