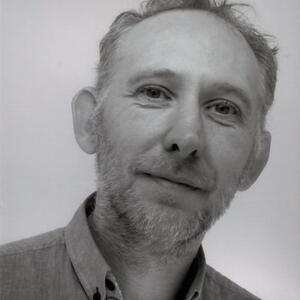 His first guest? None other than songwriter and producer Moby.

Among the topics discussed were diet, existential angst, fame and the current state of world affairs.

Speaking on writing his memoirs:

I mean, I’ve never written a memoir before and I had worked under the assumption that memories were written by old politicians, or disgraced public figures or pop stars. But then, I guess, it honestly all started with Patti Smith’s “Just Kids”, for me at least. That was when I realized that you could write a sort of discrete – when I say discrete I mean dealing with a specific period of time – memoi before you turn 90.

I mean, Bob Dylan’s “Chronicles” were similar, it was partially about Bob Dylan, but very much about what it was like to be in New York during the nascent folk scene there and I thought, presumptuously perhaps, that I had had enough interesting things happen to me, and also I thought that enough interesting things have happened in New York during the period that’s covered by the memoire that it warranted being written.

You know, if I was Chris Martin from Coldplay, and I like Chris, I’m not saying this to malign him, but there’s not much to write about, you know, he had nice parents, I’ve met his parents, they’re lovely, and his first record became successful and his entire adult life has been spent being successful. So if you’ve had a relatively stable, prosaic life, it’s probably not going to make for the best memoire, but my life has been neither stable nor prosaic so I sort of thought why not try and write about it?

And then the question I had to ask myself was: Ok, how do I write a memoire and not waste people’s time? I didn’t want to just craft, I didn’t want this to be a PR exercise, I didn’t want to try and portray myself in some sort of flattering light that might help my Q rating, you know, I didn’t want to write a self-penned hagiography, I wanted to write something honest because that’s, I mean, it should be self-evident, but I don’t know if it is to say that the goal of art should either be abject entertainment or honesty, you know, because we’re, maybe I’m rambling on, but there’s sort of existential sort of underpinnings of everything that we do is trying to make sense of how baffling it is to be alive as a human being especially in a universe that’s 15 or 16 billion years old, you know, so we’re alive for a couple of decades, we pretend that we’re immortal, we pretend that our lives have meaning and significance, but deep down we know that we die, we disappear and we have no idea what, if any, meaning or significance our lives have had.

So, for me, the response to that is just solidarity and communication, you know, and so that’s one of the reasons why I aspired to write an honest memoir because I wanted to talk about my experience being human, I didn’t want to lie about any aspect of it because there enough disingenuous culture in our world, like, I don’t feel the need to add more disingenuity to our sort of cultural pantheon.

Listen to the podcast (grab a tay first, though) here.

9 thoughts on “Cause for Optimism”