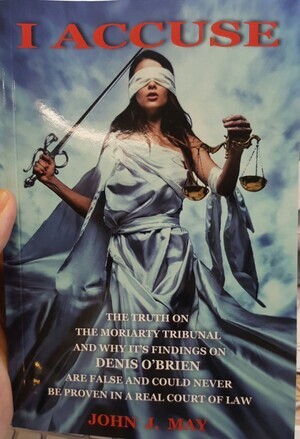 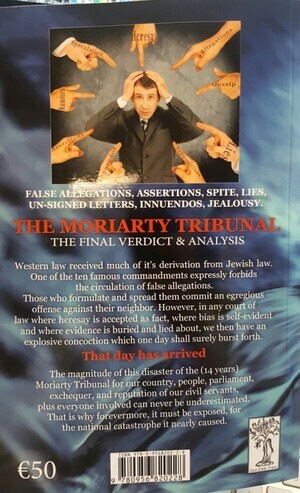 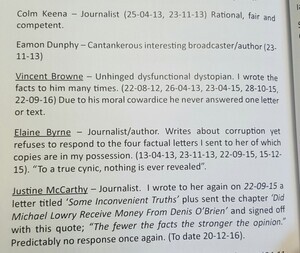 So this has arrived. A new book on the Moriarty Tribunal and Denis O’Brien. Looks like something else. A steal at €50…

From The Irish Times letters page on March 25, 2011 – three days after the publication of the Moriarty Tribunal.

The media frenzy and what it is generating reminds me of the movie Twelve Angry Men and the book To Kill a Mockingbird. The political and media piranhas have smelled their victims’ blood and in the low moral ground where they play out their pretensions, the actors in this dreary drama are set to play their pretentious parts!

At stake is one of life’s most important psychological and emotional conditions: reputations.

In Twelve Angry Men, the so-called “evidence” was hearsay, innuendo and prejudicial malicious gossip. It took one man’s love of justice to convince his biased peers of the accuseds’ innocence.

After the tribunal’s 14 years of forensic foraging and a bill of approximately €250,000,000, Denis O’Brien has admirably stated his constitutional right under Article 40 to a good name.

We shall soon all witness how much as a nation we love justice or gossip! Having lived here most of my life I won’t hold my breath. 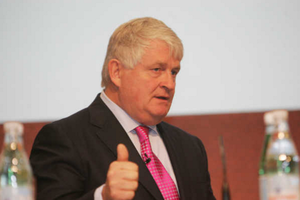 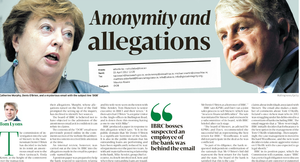 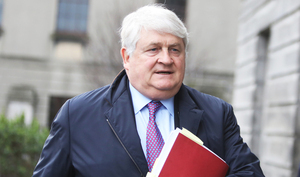 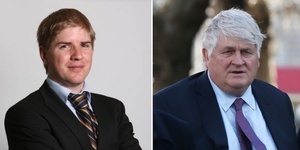 “He Thinks It’s All About Him”