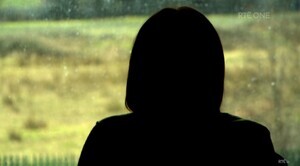 ‘Grace’ was born to a single mother in the southeast of Ireland in the late 1970s. She was supposed to be put up for adoption but, instead, was put into foster care soon after her birth.

She was born with microcephaly and was mute. From 1989 until 2009, Grace lived with a set of foster parents. The foster father – who was diagnosed with Parkinson’s in 1999 and who died in 2000 – was accused of sexually abusing another child in their care in 1996, at which point it was decided that no more children would be placed in their care.

Last night, Aoife Hegarty of RTÉ Investigates spoke with Grace’s mother. The interview was broadcast on Claire Byrne Live on RTÉ One.

Grace’s Mother: “I was pregnant with Grace and I was so young and I had no support and I was in no fit state to look after her so I put her in the care of the SEHB [South Eastern Health Board] and I thought that was the best thing to do at the time, that she’d be well looked after and cared for and I always kept in contact…I had no reason to believe she wasn’t happy  Aa day hasn’t went by that I haven’t thought of Grace, she’s the first thing I think of in the morning and the last thing I think of at night so she’s constantly there with me, always, and always has been and always will be.”

Aoife Hegarty: “What had been your understanding of where Grace was living and what her situation was like?”

Hegarty: “You did have some contact from the HSE over the years…”

Grace’s Mother: “I did, I had contact, they were asking me mantoux testing and dental treatment… but they never contacted me when there were sexual, allegations of sexual abuse where I needed to give consent for STI testing…

There was plenty opportunities for Grace, where they failed to tell me so I’ve got no faith whatsoever in anything they’ve got to say because all through Grace life in the care of the HSE and the SEHB I was lied to constantly, constantly lied to.”

Aoife Hegarty: “What contact details did they have for you throughout the years?”

Hegarty: “The first time that you had any indication there was anything wrong – what were you told on that call?”

Grace’s Mother: “I was told that she was taken to hospital for, to get checked out, that there was bruising to breasts and to her thighs and I was totally devastated…. totally, totally devastated. I couldn’t believe what I was hearing, I said I wanted her removed immediately.
I thought how could they do this, how could anyone …. cover up all this from me and to keep her you know, and have her in danger – it was just totally awful, I couldn’t believe it.
I felt very suicidal, I just wanted it all to go away, I couldn’t believe what I was hearing. Even now I can’t read, I can’t read the freedom of information, I just read clippings of it and that’s enough to send me over the edge. I don’t know when I’ll be able to pick it up, that’s if I’ll ever be able to read it because the bits I did read was just too much, too much to take in.
I won’t rest and I’ll keep going, I’ll keep going until – and I want answers, I want answers and I’m going to keep going til I get these answers because I’ve never gave up on my daughter and I never, ever will. She’s always been on my mind day and night and that will never change and  I will never stop fighting for justice.”

Hegarty: “A big decision for to have your side of the story heard for the first time – why have you decided to sit here and do this?”

Grace’s Mother: I’ve sat here today because my daughter hasn’t got a voice and I’m here to give her that, I’m here for that voice for my daughter ……. and I just never want another child to suffer like that ever, I think it’s wrong, it’s wrong. And these people should be accounted for what they’ve done, …..for the cover ups, for letting my daughter suffer for 20 years without monitoring her and I put my trust and faith in the HSE and that’s what they done.
So I will not rest until I get answers and I’ll keep going until I get answers – the answers I never got I want.

Hegarty: What are you looking for now from the inquiry?

Grace’s Mother: I’m looking for all the answers that I asked and just for them to be accountable for the let down of my daughter Grace.Why they failed her, why they never monitored her, just basically why they left her for 20 years without checking up on her, they’re the answers I want.

Hegarty: “Have you ever received an apology from them?”

Grace’s Mother: “I got one letter there just a while back but I felt in my heart, it wasn’t coming from the heart, ………. but I don’t accept that apology. No one from the HSE have picked up a phone and apologised to me or asked me how am I doing, nobody have ever done that for me and I don’t accept their apology. I don’t trust them, I don’t trust what they have to say, they’ve told me was that my daughter was doing great, she was in a loving home, which she wasn’t in a loving home ….. and they knew all about it and never monitored her and left her there for 20 years to suffer.”

Grace’s Mother: “It was very emotional but it was lovely yeah, it was a lovely day. We took pictures and it’s the first thing, it’s the last thing I look at, at night before I close my eyes, is her pictures on my phone. It was a lovely day but it’ll be the first of many days.”

Hegarty: So what are the plans going in to the future, for you and for Grace?

Grace’s Mother: “I hope I’ll be in a better place when all this is over to enjoy my time with her, yeah, that’s what I’m hoping but at the moment I just cannot move on until I get all the answers that I want. I feel that it has ruined my life, all this, I have, it’s ruined my life, the lies, the constant lies and the suffering of my daughter has ruined my life, they have and I hope someday like that they’ll be held accounted for and knowing that no one else is going to suffer again that I can move on and be happy.”

Watch back here in full

Transcript via RTÉ (Thanks Laura Fitzgerald

‘Is A Part Of You Saying, ‘Actually Maybe We Shouldn’t Dig?”