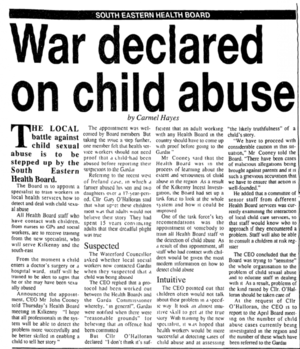 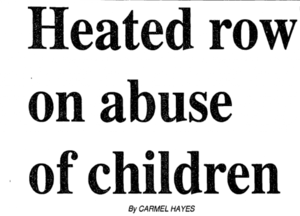 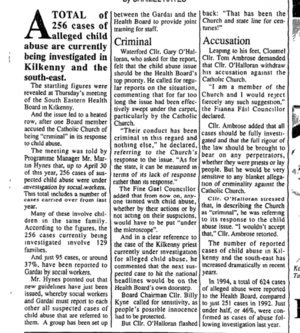 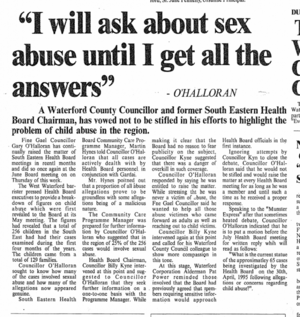 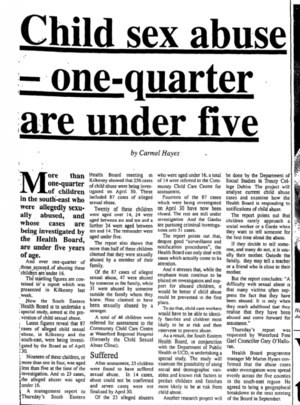 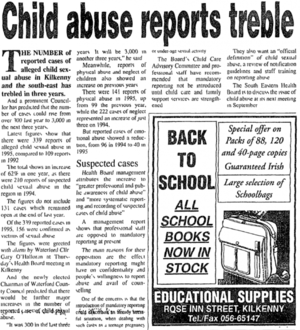 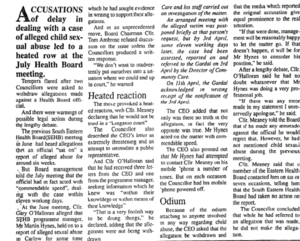 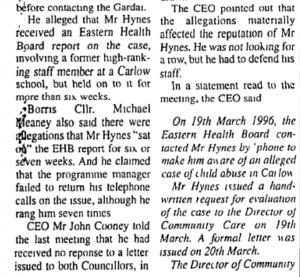 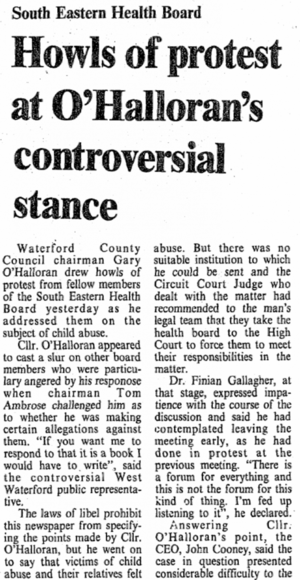 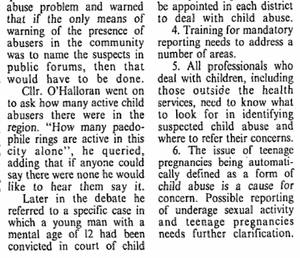 Further to comments made in the Dáil last week by Fine Gael TD John Deasy in relation to the ‘Grace’ case, in which he raised serious concerns about the HSE…

Some local newspaper reports on meetings of the then South Eastern Health Board in 1995 and  1996 – the year the decision to remove ‘Grace’ from a foster home was reversed.

They detail the efforts of barrister Garry O’Halloran – then a Fine Gael councillor and member of the board – to highlight the issue of child sex abuse in the area and the South Eastern Health Board’s response to the matter at the time.

‘Examples Of What Is And Was A Cover-Up’

Anything Substantive In De Papers?

5 thoughts on “Nobody Knew”