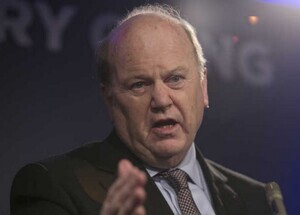 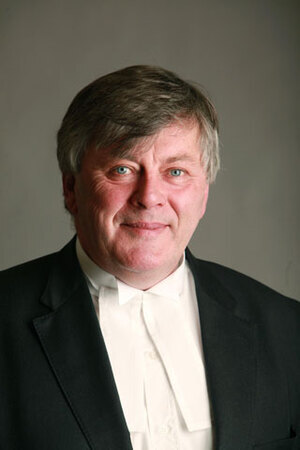 Garry O’Halloran is a barrister, former Fine Gael councillor and former chairman of the South Eastern Health Board.

Readers may recall a previous post outlining how, in 1997, Mr O’Halloran attempted to speak with the Minister for Finance Michael Noonan – then Minister for Children – about allegations of child sex abuse in relation to Fr Jim Grennan, who had abused several children in Monageer, Co. Wexford, the diocese of Ferns.

According to Mr O’Halloran, Mr Noonan ran away from him when he attempted to speak to him about this at a Fine Gael Ard Fheis in 1997. One of Fr Grennan’s victims was with Mr O’Halloran at the Ard Fheis.

Mr O’Halloran came forward to recall his non-meeting with Minister Noonan at the Ard Fheis in 1997 – after he heard Minister Noonan give an interview with Richard Crowley on RTÉ Radio One on Thursday, February 4, 2016.

Mr O’Halloran knew nothing of Grace when he heard the interview – but it jogged his memory in relation to Fr Grennan. Mr O’Halloran also felt it was important to explain that the case of Grace was not an isolated incident.

Further to this, and the publication earlier today of the Conal Devine report and the Resilience Ireland report into the Grace case…

A few questions and answers:

Q1: How many inquiries does it require to establish the truth in respect of a single event?

If the event was to overturn a lawful decision taken by social workers to remove a young woman with disabilities from her residence, and that decision was overturned following the intervention of then Health Minister Michael Noonan, the correct answer at this moment in time is ‘at least six’.

The inquiry presently being set up has been preceded by

It is not known how many Garda reports may be in existence.

Q2: Three reasons why this issue is important:

A beautiful young woman, whose disabilities rendered her unable to verbally communicate and whose mental age remained at 12 months old, was exposed to possible daily rape and other forms of torture for an additional 9 years as a result of the Noonan intervention.

The parents/guardians of 47 other persons with disabilities who had been sent to this Kilkenny residence were never informed of the disclosures of rape and torture. Respect for the rule of law and confidence in the institutions of the State are in unequivocal jeopardy.

A case conference in May 1996 on ‘Grace’ determined that she be removed from her foster-carers. This decision could not be implimented immediately as there were no placements available for persons with a disability. When arrangements were made, the foster-carers were informed in September and given the standard three days to deliver up the child.

The foster-carers appealed this decision, as was their entitlement under the 1995 Foster-Care Regulations. The oral appeal was held before Ms Marie Kennedy and Dr Marie Ryan, and the decision to remove Grace was upheld.

By letter dated August 9, 1996 (see copy exhibited in a report by the political editor of The Irish Examiner, Daniel McConnell), the foster-carers appealed directly to Minister Noonan.

Minister Noonan acted on this letter, notwithstanding that the whole area was governed by statute, and including the new Foster-Care Regulations.

Minister Noonan passed the matter on to his junior ministerial colleague, Minister Austin Curry (as again happened in the ‘Monagear’ case a few months later).

The SEHB operated under a hierarchical structure. At the top was the CEO, John Cooney, who was assisted by programme managers in the areas of general hospitals, special hospitals (ie psychiatric and geriatric hospitals) and community care (covers foster-care).

The Programme Manager for Community Care in the SEHB, Martin Hynes, responded to the DoH official by stating that this was possibly the first decision taken under the provisions of the Foster-Care Regulations, and the decision stood.

A further case conference late in 1996 was informed by the chair, Sandra Merity, that the decision to remove ‘Grace’ was overturned. No clear reason was given, but mutterings about legal advice and a possible three-person meeting in September have proved elusive to all those who have followed the paper-trail.

However, Dr Cathal Morgan of the HSE told Keelin Shanley on RTE’s News At One today that he knew the identity of the three as-yet unidentified persons ‘who were responsible for implimenting the decision of the case-conference’, and he further noted ‘they have left the service’.

In addition to his profuse apologies, Dr Morgan also referred to ‘a HR procedure’, that a Garda investigation is ongoing (he omitted the fact that it appears to have commenced in 2007), and he made repeated reference to the over-riding need for Due Process. This final comment is particularly ironic since it was the interference with due process which condemned Grace.

Q4: How useful are inquiries?

The ‘real news’ about inquiries is that they are invariably set up with a view to kicking the truth down the road – for years, decades, or permanently.

The ‘facts’ established by Inquiries cannot be used in criminal proceedings.

The matters at issue in the ‘Grace’ case are criminal in nature – the decision-makers who subjected Grace to daily torture for over nine years cannot claim immunity from the criminal law. That includes Minister Noonan.

Q5: How can the truth be established?

The very small number of decision-makers and facilitators could just say what happened.
When this does not happen (after the 5 previous inquiries and reports), it is necessary to personally identify the crew, get just one to free himself or herself from the glue, and then expose both the lie and the liars. After that, the truth will find its own level.