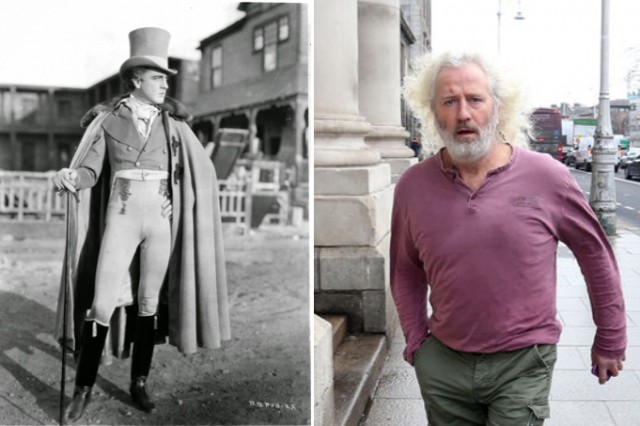 Further to calls for a new dress code in the Dáil…

Complaints have been made about male politicians who dress ‘inappropriately’ we are told. Like Batmen responding to a light in the sky, the Dail Committee on Procedures leaps to action discussing whether to penalise said offenders.

Instead of examining the prejudices and small minded biases behind such ‘holier than thou’ morally obtuse complaints, time and money is squandered pointlessly considering what action to take.

Coincidentally, the origin of the Suit was deeply entrenched in pointlessly squandering time and money on meaningless peacockery. George Bryan “Beau” Brummell is credited with introducing the modern men’s suit, worn with a tie.

Son of a middle class, middle ranking politician, Brummell was an unashamed social climber. During his time as a cornet (the lowest rank of commissioned officer) in the Tenth Royal Hussars, his dandy attire led to him being befriended by the future King George IV who introduced Brummell to high society.

Brummell spent extravagantly money he did not have in his attempt assimilate into gentlemanly society.  It wasn’t long before Brummell’s charade fell apart and owing thousands, he was forced to flee to France to avoid debtors prison.

He lived the remainder of his life in French exile, almost 25 years, where he eventually died penniless and insane from syphilis.

As the Dail Committee considers penalties for non suit wearing politicians, one can only laugh at their notion that a suit represents respectability.

A suit was, is and always will be, the attire of cheaters, charlatans and the morally corrupt.

Only difference is that now they enjoy massive pensions instead of syphilis in their retirement.