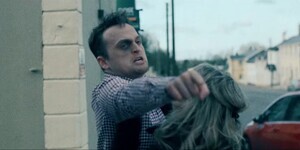 Brave Giant – The Time I Met The Devil

With a video directed by award-winning filmmaker Fergus Costello.

Something you may be interested in, the video for Brave Giant’s new single “The Time I Met The Devil” which debuted on The Late Late Show last Friday.

From Drumlish Co. Longford, Brave Giant have already begun making waves around Ireland with a headline gig in Whelan’s sold out on the 22nd April with a new date announced for Friday the 21st April.

The video catches up with Father Damo Lennon, once again played by Joe Rooney, 20 years later, to see how he deals with the aftermath of an enormous party, hope you like!