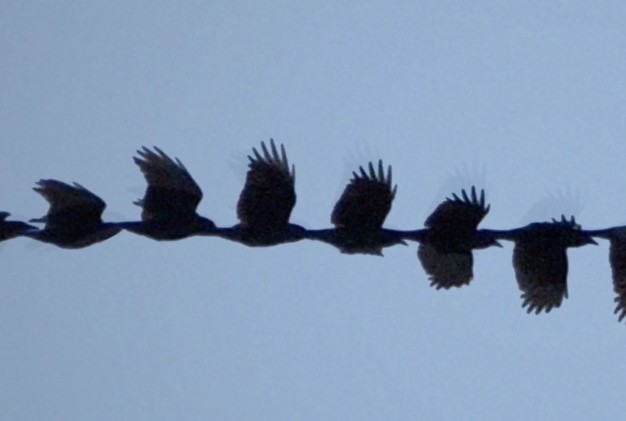 Of this tonal flight of fancy, inspired by the work of artist Dennis Hlynsky, Conner Griffith sez:

Crow flight patterns are echoed at a thirtieth of a second to create a loopable waveform that corresponds to a tone. The waveform was measured at 27 crows across one tenth of a second. The animation plays at 12fps (2.25 seconds per 27 birds) and is 22.5 times slower than the rate of the comparable frequency. The median crow waveform was “tuned” to D4 and from there, the other crow waveforms were measured. Different wave shapes (sine, saw) were loosely based on flight pattern shape, which was a result of the speed of the crow and the angle and proximity of the crow to the camera.

THIS Is What The Fox Says

2 thoughts on “Crows In The Key Of D”