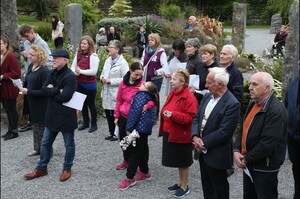 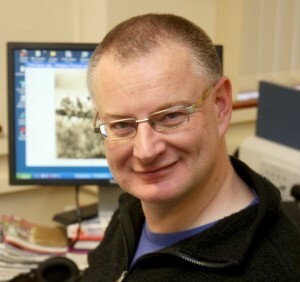 From top: A remembrance ceremony for the mother and babies of Tuam in Salthill, Galway on Sunday evening.; Ciaran Tierney

The Tuam Mother and Baby revelations have given survivors a new voice.

In recent months, he has found a voice he never realised he had. Now in his 60s, he has learned how to tell his story and speak out against injustice.

He spent much of his childhood in the Tuam Mother and Baby Home, a place which is now notorious all over the world.

It took him an awful long time to learn to love and take care of himself.

It’s not easy to care about yourself when you are told you are inferior to others.

When you walk to school in hobnail boots and you are forced to sit apart from the rest of the class.

When you are beaten for the most minor transgressions, not given enough food, and branded with labels like “home baby” and, worse, “illegitimate”, because your mother committed a terrible crime just by bringing you into the world.

It didn’t even matter if your mother was raped, or terrified to reveal the identity of the father. That’s just the way it was in those days.

It’s not easy to let go of that kind of baggage, especially when you live in a rural community.

Oh, look, there’s your man, the “home baby”. The one who was adopted because his mother, shockingly, never got married, or the one who arrived late and didn’t smell too good at school.

It’s the kind of baggage you carry with you well into adulthood, if you ever manage to shake it off at all….

…And, yet, in recent months his life has changed.

He has begun to find his voice. The global headlines generated by the “Tuam Babies” scandal have allowed him to talk about his sense of injustice and even do media interviews for the first time.

He wants justice for the 796 and he wants people to listen. He’s full of praise for Catherine Corless, the historian who first told the world the truth about what happened in that terrible home.

By making it clear that the truth about the “Tuam Babies” was worth fighting for, she made him see the value in his own life.

He says he’s one of the lucky ones, because eventually he was shipped out to a lovely foster home.

His childhood was not all bad, although he can’t say the same for many of his old friends and contemporaries.

In Tuam, he has helped to set up and organise a support group for survivors. They find great comfort from meeting up and talking and healing, and he’s found that he of all people has the gift of being able to express their pain.

He doesn’t want much, he says. Just some recognition that a terrible wrong was done to him and the other children in homes around the country, in the name of the Irish State.

It would help if those in authority would reply to his letters or answer their phones.

For months, since the start of the year, he’s been trying to get the Taoiseach, Enda Kenny, to come and visit his little group of survivors down in Tuam.

It wouldn’t be a huge burden on the Taoiseach, the Irish Prime Minister, to take a little detour from the road to Castlebar on his way home some weekend.

Just to sit with the survivors and to hear their stories, the stories they were afraid to tell for most of their adult lives.

But when he rings the phone goes dead. Or a faceless official makes a non-committal promise that he or she will get back in touch. But never does.

He knows the abuse, the denigration, the labelling didn’t happen on the current Taoiseach’s watch, but it was done to him and his friends with the collusion of the Irish State.

It wiped out his self-esteem, to the extent that he could not hold his head high in the local pub, and he just wants to sit in a room with a few other survivors and tell the Taoiseach what that was like.

How he didn’t kill himself or drown himself in drink.

He wants some acknowledgment of the pain that he and others went through and the huge transformation he had to go through to be able to stand and talk to a reporter in a Galway park on a Sunday evening.

His friend had a little sister he never knew about, who may or may not have been buried in a septic tank. He’d love the Taoiseach to come to Tuam and just listen to their honest words.

They are not going to be able to turn back time, but it might help the healing process if the most powerful people in the land sat and listened and acknowledged the hurt caused.

He watched a new scandal erupt in Dublin last week, involving nuns who have been awarded a national hospital despite their refusal to pay adequate compensation to the victims of childhood abuse.

He watched the Taoiseach visit the White House last month and give a wonderful lecture about immigration to US President Donald Trump.

And wondered how he could make his way across the Atlantic to Washington, but not sit in his car and take a short trip down to Tuam.

After more than half a century of pain and needless shame, is that asking too much?

Hey, Enda – is it really such a long way to Tuam? (Ciaran Tierney)

17 thoughts on “The Long Way To Tuam”