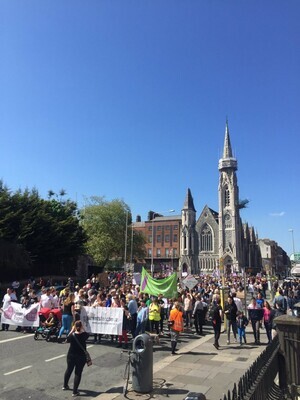 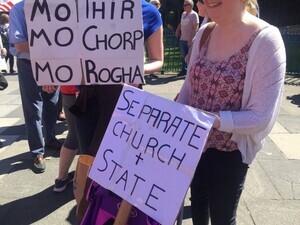 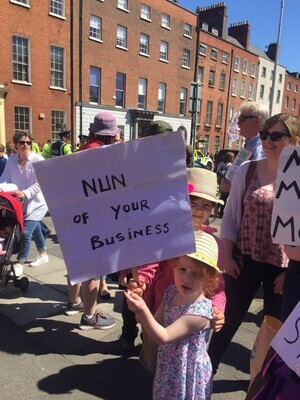 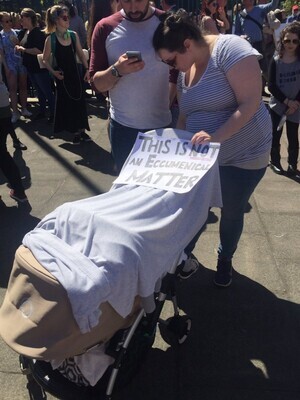 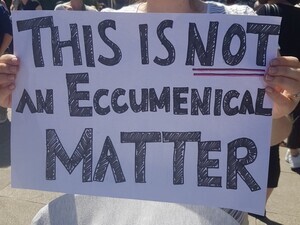 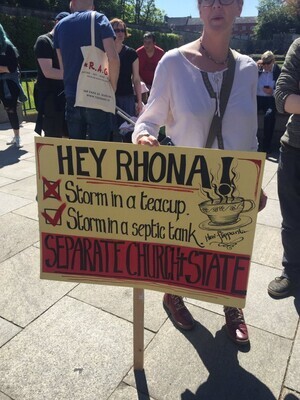 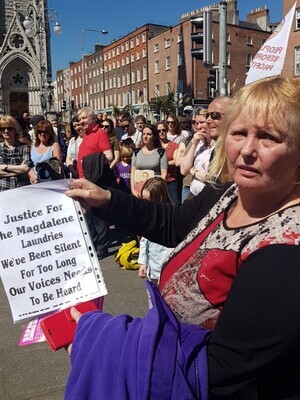 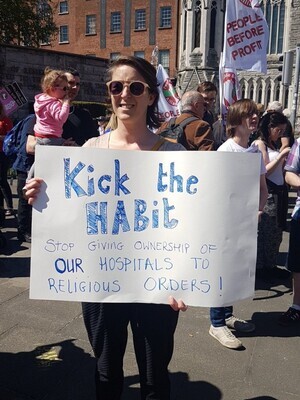 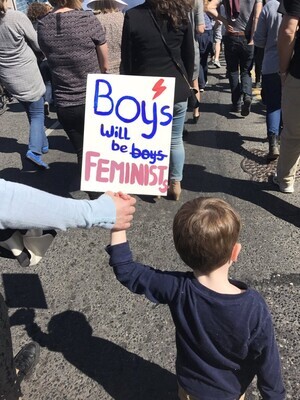 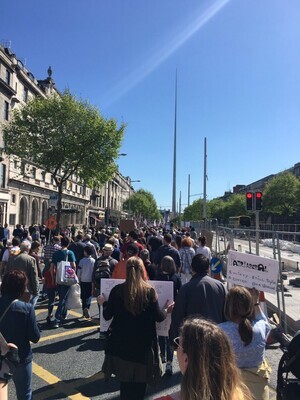 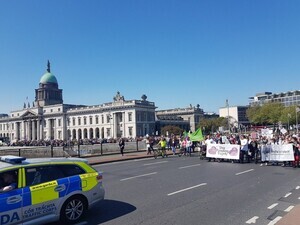 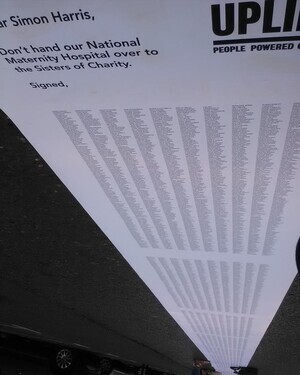 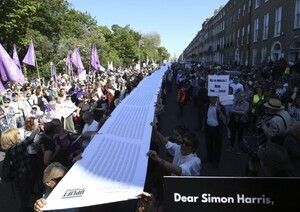 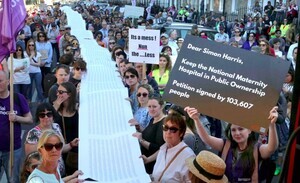 Participants in the ‘We Own Our Hospitals’ march, organised by Parents for Choice, Uplift, the National Women’s Council of Ireland and Justice for Magdalenes, make their way from the Garden of Remembrance, Parnell Square, Dublin 1 to Leinster House.

The march coincides with the Uplift petition – currently signed by 103,840 people (above) – against the decision to give sole ownership of the new National Maternity Hospital to the Religious Sisters of Charity.

RTÉ reports that “up to 1,500” people are taking part in the march.

107 thoughts on “Darkness Into Light”