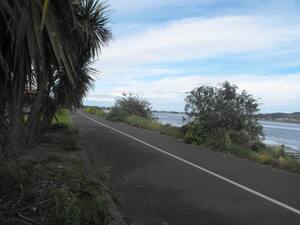 A couple of very professionally-dressed cyclists came speeding down the bicycle path at lightning speed and began yelling and cursing to get the child off the track.

My child jumped off his bicycle in terror and ran straight out in front of them. My husband literally dived to push [him] into the nearby grass area where it took us several minutes to calm him.

The cyclist continued to shout and yell as he sped on with no regard for the child who had a gash in the side of his stomach from the fall. I shudder to think what could have happened if my partner had not stepped in.”

They do sound like a right crowd of Eddy Jerckx all the same.
Any ideas who requested the FOI? And why?

Welcome To The Jungle