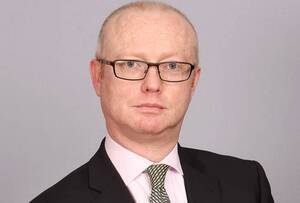 The seer of the Indo.

His prophecies are legendary.

Jeremy Corbyn’s election [to leader of the UK Labour Party] matters much less than the hoopla would suggest: he won’t be leader for very long and will never become prime minister. As he will never get to implement the policies he espouses, he is much less relevant than the British media’s blanket coverage of his every utterance would suggest…

There are many reasons why he will quit or be ousted within a few years. Among the most important is that he will not be able to win over even a decent sized minority of his parliamentary Labour party…

….All this will quickly lead to chaos. Conflicting signals will confuse and frighten voters. Infighting and ineffectiveness will alienate others. Labour’s poll ratings will tank: later if Corbyn gets a novelty-factor bounce; sooner if he doesn’t…

How does he do it?

Corbyn will never win power, but he could still be disastrous for Ireland (Dan O’Brien, Irish Independent, September 17, 2015)