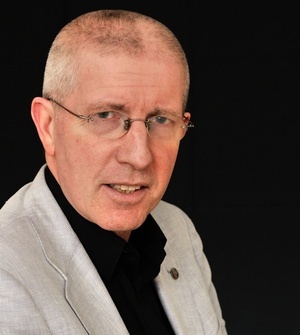 May the Lord have mercy on the soul of my late good friend and former colleague of almost forty years, Anne Louise Gilligan, and may she rest in peace. It was a privilege to work with Anne Louise and our mutual friend Katherine Zappone over the years on many projects supportive of poor urban and rural students.

I valued Ann Louise’s and Katherine’s friendship all the more because it did not prevent me giving expression to the fact that same-sex attraction is a disorder that can be overcome and affected individuals restored to orderly sexual orientation; that people are robbed of their human dignity by being defined solely in terms of sexual attraction and grouped under the hideous acronym LGBT; and that a (sexual) relationship between two women or between two men cannot be conjugal, cannot be consumated, and cannot constitute marriage.

I hope that these views are respected and not disparaged in the School of Nursing and Human Sciences. I would be happy to deliver a lecture which would present a Catholic Christian response to same-sex attraction, informed by the latest research in the area. It was a great sadness to me when Anne Louise told me that she had outgrown her Christian Faith.

Please God, she may have regained her belief and returned to the practice of the Faith. It is an even greater sadness to me that our mutual friend Katherine gives ever-more strident voice to calls for the liberalisation of legislation allowing the murder of an infant in the womb as a response to threatened suicide.

The death of a relative or close friend is often a time to assess one’s life’s achievements, beliefs and practices. It is my prayer that Katherine will use this time of sadness to reassess her espousal of a number of causes which besmirch a record of solicitude for others and particularly the poor.

I am, with every good wish,

116 thoughts on “Sorry For Your Loss”