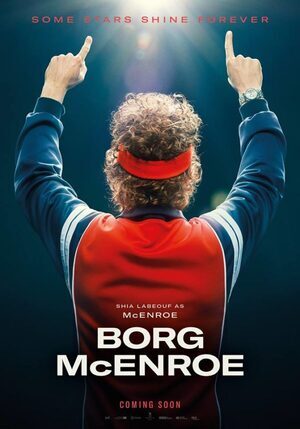 1. With Wimbledon currently taking place, no better time to serve this trailer for Borg/McEnroe, a Swedish-made drama exploring the rivalry between two of the greats of the game, John McEnroe (Shia LeBeouf) and Bjorn Borg (Sverrir Gudnason).

2. Their match in the 1980 Wimbledon final has been touted as one of the greatest games of tennis ever played. It was not, however, the one in which McEnroe heckled the umpire with his immortal “You cannot be serious” line. Some of his many on-court tantrums can be seen here.

3. Petulant spoilsport or perfectionist genius? That appears to the thrust of the film is about for LaBeouf’s character, contrasted with Borg’s lifetime in the game in Sweden under the tutelage of coach Lennart Bergelin, played by the always-great Stellan Skarsgård.

4. Naturally, Shia LaBeouf states he was attracted to the role of John McEnroe due a similarity between the pair: both misunderstood in their passion for what they do. Not sure McEnroe was ever on camera racially abusing a police officer, but there you go.

5. McEnroe did get in a bit of bother recently with his comments about Serena Williams though. While they were slightly taken out of context, the jist of it (which he did decline to walk back on even after getting all the stick) was while she’s probably the greatest female player of all time, she’d probably rank around the 700s in the men’s game. If ever there was a sweeping statement that proves why feminism exists, it’s that. “Look, she’s amazing, but there’s probably like 700 men better than her and that’s that.”

6. Which leads us nicely to the other tennis movie we’re getting this year…. 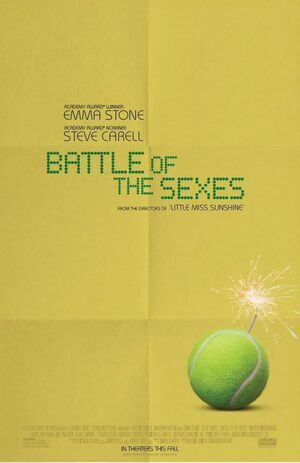 …That’s right, as is so often the case, Borg/McEnroe isn’t the only fact-based tennis movie we’re getting in 2017. Steve Carrell and Emma Stone will star later this year in Oscar-bait Battle of the Sexes. It tells the high-stakes 1973 exhibition match between Bobby Riggs and Billie Jean King, a milestone in the mainstream acceptance of women’s professional sport.

8. Until then, smouldering Bjorn Borg and over-excited McEnroe will have to do.