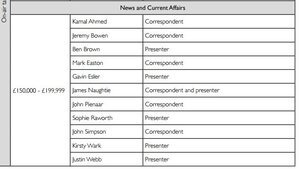 Further to the BBC pay reveal…

Am I alone in thinking the salaries (above) for these world class journalists and correspondents are fairly modest compared to what Sean O’Rourke, Joe Duffy Ray D’Arcy, Miriam O’Callaghan  John Murray, Ryan Tubridy and, of course, Marian [Finucane] have been getting for years?  I thought they would be on a lot more and our lot on considerably less…. 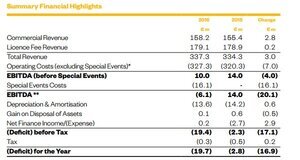 RTE annual report 2016. Loss of €20m. RTE blames 1916 commemoration. But average pay rose 8% from €77k to €84k…There’s no detail on the €108m receipt from recent sale of Montrose. How many redundancy millionaires is RTE now creating?