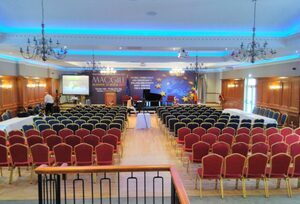 This week sees the holding of MacGill Summer School in Glenties, Co. Donegal. It maintains its, largely self generated, reputation as the summer school that receives the most media attention.

There is a busman’s holiday aspect to the school. Coming immediately upon the Dáil going into recess, it seeks to bring together the great and the good to float new ideas, and pontificate on the state of the nation.

For some reason this newly created sense of innovation and passion isn’t possible to be evoked in our national parliament.

The inputs are treated with the upmost seriousness. The serious business of school, though, lies in its social activities. The long evenings at the Highland Hotel are where the antipathies between politicians, and between politics and the media are put to one side. There’s nothing wrong with people enjoying themselves.

Many of the contributions are exercises in political kite flying. Some are attempts at self aggrandisement, to create a statesman-like profile needed for that next step on the ladder. Little of what is spoken there ends up in legislation or in policy changes.

It gives the impression that politics as usual is continuing . It creates copy for an ever desperate media.

Much of verbiage expounded is like how an English teacher of mine defined futility – like wasting your sweetness on the desert air.

Occasionally, quite occasionally, a germ of an idea takes hold which can justify the exercise.

I spoke twice at MacGill in 2009 and 2010. Both times on the banking situation. In 2009 I sat on a panel with Patrick Honohan, then professor of economics at Trinity, and Alan Dukes, who had been appointed a director to the board of the zombie bank, Anglo Irish.

I gave what I thought was a hard hitting speech. Much of what I hoped for, and expected, would never come to pass. There would be no prosecutions of those in the banking sector who had created the catastrophe.

No crime of economic treason would be created. The legislation that was passed, while an improvement, has been nothing like strong enough to avoid a reoccurance of the events of 2008.

Some of the things I said had an effect. I called for the end of the Buggins turn arrangement where the Secretary General of the Department of Finance assumed the position of Governor of the Central Bank

. I also called for the Financial Regulator to come from outside the State. It also was an opportunity to publicly outline the changes the Green Party wanted to see to the NAMA bill.

I told Eamon Ryan I was impressed with Patrick Honohan’s analysis and his prescription of what should follow. We met with him in Eamon’s ministerial office, where we continued to be impressed. Eamon spoke with Brian Lenihan, which set up a process that would eventually see Professor Honohan appointed as the next Governor of the Central Bank.

41 thoughts on “What Happens In Glenties…”