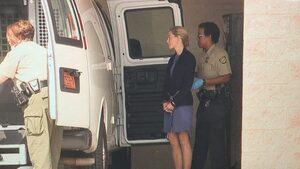 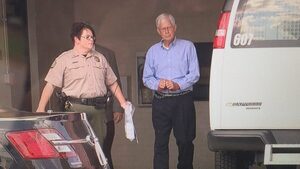 Molly Martens (top) and her father Thomas Martens (above)

Thomas Martens and Molly Martens-Corbett have been found guilty of the second-degree murder of Limerick man Jason Corbett.

Both families and Martens-Corbett quietly sobbed as the verdict was announced.

Martens remained expressionless as he exited the courtroom in handcuffs.

The pair were remanded during a 15-minute recess immediately following the verdict.

Those in the court room were cautioned prior to the verdict not to disrupt proceedings.

As Martens-Corbett was led out of the courtroom in handcuffs, she quietly managed to say through tears, “I’m sorry, Mom.”

Second-degree murder is defined as an intentional killing that was not premeditated.

54 thoughts on “Intentional, But Not Premeditated”