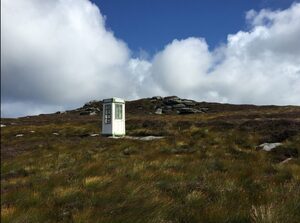 Unfortunately destroyed already, smashed to pieces and not by the wind :( pic.twitter.com/VdChQxYHvj

The Wind Phone is a private space to meditate on life and loss. It is a place where you can speak privately and openly and your words will be carried on the wind to wherever you want them to go.

49 thoughts on “Phone Wreckers Are Idiots”