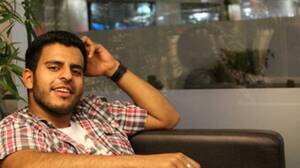 The process of returning Ibrahim Halawa to Ireland after four years in an Egyptian prison will start next week following the conclusion of his trial.

The judge in the case announced yesterday that he would deliver his verdict on Monday. Regardless of the ruling, Mr Halawa’s return home is expected to be secured.

President Sisi of Egypt has promised the Irish government that he will grant Mr Halawa clemency and allow him to leave if he is convicted.

Irish officials in Cairo will seek to have that process started as soon as a verdict is delivered. Mr Halawa, 21, from Firhouse in south Dublin, has been in prison in Cairo since 2013.

Halawa’s return home to be confirmed by Egypt within day (Aaron Rogan, The Times Ireland edition)

‘It’s Normal To Be Cursed, Stripped Naked, Beaten With A Bar’