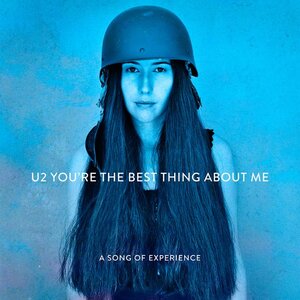 U2 – You’re The Best Thing About Me

A New U2 single released today featuring The Edge’s daughter, Sian Evans, on the cover.

The track, the first single from upcoming album Songs of Experience, received its first play on the Nicky Byrne Show with Jenny Greene, where it was introduced by longtime U2 confidant Dave Fanning.