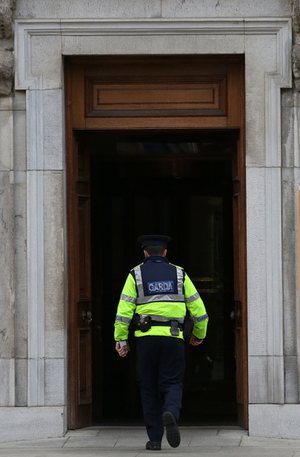 Nothing less than radical reform will do.

And so the usual avalanche of meaningless, naïve and uninformed analysis is upon us in response to the latest scandal – the sacking of yet another Garda Commissioner.

Yes, she was sacked, there are many ways to sack a person without actually seeming to do so.

So for those who wish to bypass all the utter bullshit that will be spewed out over the coming weeks in response to this latest episode of police/political corruption – here’s the stripped down truth.

Our police force is an irredeemably corrupt organisation. It will never be reformed from the inside because to do so would mean having to retire, fire and prosecute hundreds if not thousands of police officers.

Real reform would also mean establishing a truly independent police force that would see the severing of the corrupt nexus between the force and the corrupt political system principally made up of Fianna Fail, Fine Gael and Labour.

A politically independent police force would mean corrupt politicians would find themselves under regular investigation for their criminal activities.

A politically independent police force would see, for the first time in our history, bankers, property developers, members of the legal profession, civil servants, so-called regulators, judges and even police officers regularly facing justice before the courts.

A politically independent police force will never become a reality until the corrupt political system is first removed from power.

All other talk/analysis surrounding this issue should be treated for what it is – utter bullshit.

40 thoughts on “Copping On”