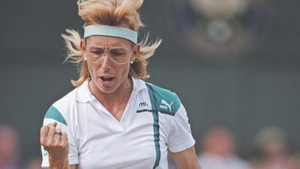 British broadcaster Vanessa Feltz unwittingly found herself at the eye of a media storm this summer when columnist Kevin Myers singled her out in a now notorious column about BBC pay… she will tell viewers how it felt when she read that column and what it was like to be in the middle of the international outcry that followed.

Tom Vaughan-Lawlor will be chatting about his new movie Maze; playing icons like PJ Mara and Padraig Pearse; and filming a zombie horror in Croke Park; Jennifer Zamparelli and Bernard O’Shea will be in studio as their alter egos Bridget & Eamon put their marriage to the test in a special Mr and Mrs quiz.

Viewers will also get a sneak peek at some of the cherished objects vying to be declared a National Treasure… and there’ll be music from Hudson Taylor and Derek Ryan.