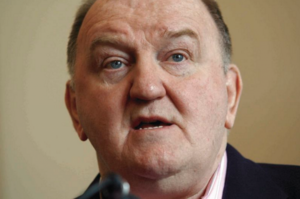 Further to the suspension of George Hook from Newstalk…

Tom Lyons, Deputy Editor of the Sunday Business Post, was Business Editor at Newstalk in 2006 and 2007.

My own experience is this: in 2007, Hook banned me from appearing on his programme for having the effrontery to want to break a story. My mistake was to insist he aired extracts from a fascinating speech made by the country’s then richest man, Seán Quinn, about his life and times.

Hook declined. He is entitled to put out whatever he likes, but I would have been remiss as business editor not to try and get an exclusive story on air.

Hook never explained to me why he didn’t like the story, but I knew it would make page one of the papers the following day and that we were ahead of RTÉ.

My instructions from Newstalk, and directly from [Denis] O’Brien, were to break stories and I knew this was a good one.

Eventually Harte managed to get the story on air for a few minutes. Hook was professional on air but he was clearly furious.

Afterwards Harte informed me I was banned from the station’s most listened-to show. When I protested that this was unfair, he told me he was sorry but: “George is George.” I never appeared on The Right Hook again.

A page called Bring Back George Hook has, as of this morning, gained 1,153 likes.