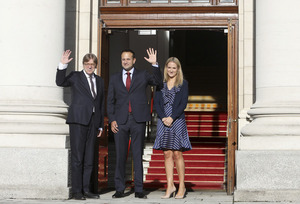 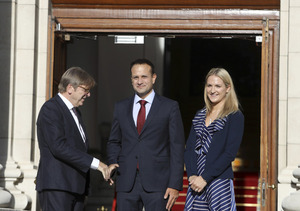 Ahead of a joint sitting of the Oireachtas Committees on European Affairs, Foreign Affairs, and the Implementation of the Good Friday Agreement, where  Mr Verhofstadt said he wanted to deliver a “message of solidarity” with the Irish people.

“What we will never allow is that Ireland will suffer from the British decision to leave the EU,” he said.

“That is a commitment that has been made by the European parliament and by the EU as a whole.”

He also said the EU must also ensure that there is no return to the past, and to hard borders on our continent “and certainly not to a hard  border between Northern Ireland and the Irish Republic,” he added.

20 thoughts on “Song From Guy”