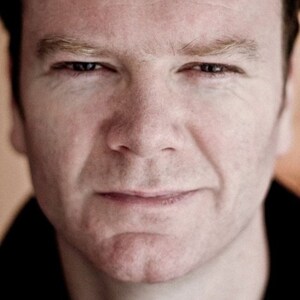 Two hundred transition year school kids and their teachers sat in The Axis Theatre in Ballymun yesterday. A panel of artists was facilitating a ‘Creative Space’ event. Having worked with groups of these young men at The Axis for the past few of years, I was asked to be on that panel.

Without patronising the kids, or boring the arses off them, we were asked to define the meaning of the word, “Creative.”

Inimitable Master of Ceremonies, Dean Scurry introduced the poet Stephen James Smith who spoke candidly about his Dyslexia before performing a remarkable rendition of his poem ‘Dublin You Are.’

Polish dancer Matt Szczerek rocked the place with a display of his physical prowess while Finian Murphy from the HSC cracked a couple of light-hearted jokes to counterbalance the seriousness of the subject they were trying to fund.

5th Element’s Ger Kellet tore the roof off with a performance of an original track and Christian Tierney was staggeringly modest about spending three weeks filming Conor McGregor in Las Vegas while finishing a video for Drake (Bastard is only twenty-years old).

Then Axis Theatre warrior Emma Connors asked me to speak about the meaning of that elusive word, “Creative.” No idea what to say, I looked into the audience. At the couple of hundred kids. At their teachers.

I remembered what it was like to be a boy. To be talked at. Patronised. Lectured to on the dangerous desires of sex, drugs, and alcohol. By an asshole adult who knew fuck all. An adult like the one I had become.

When we were kids nobody talked about the dangers of creativity; the one stimulus potentially more addictive than sex, drugs, and alcohol.

I reached for the only thing I knew we had in common. The truth. Told them the truth is we’re all fucked up. All of us. Teachers and students. Adults and kids.

Told them they already know that some teachers are brilliant. Life-changing facilitators. Empowering alchemists. Creative humanists.

The kids went berserk. Like lunatics breaking out of an asylum. The teachers wanted blood. Mine. But the closet fifteen-year-old in me looked back at them. And repeated it. You heard me. C***s. And you know who you are.

Individually or combined, sex, drugs, and alcohol can be dangerous. Sex can make you lonely. Confused. Filled with doubt. In obscene cases, sex can violate you. Break you. Kill you. Same with alcohol. Same with drugs. Same with creativity.

Sex can connect you. Elevate you. Fill you with belief. In sublime cases, sex can repair you. Empower you. Give life to you. Same with alcohol. Same with drugs. Sure as shit the same with creativity.

Some folks claim there is no soul. Others swear by it. It’s your call. But, for this, let’s simply call your “soul” your sense of self. Your essence. You.

If you introduce some half-decent sex, drugs, and alcohol to a self-sabotaged and intentionally inhibited body, combined with a deliberately diminished brain, there may be a brief reaction but the lack of physical interest and curtailed curiosity will block any real access to your soul.

It will be destructive. That doesn’t mean it can’t be altered. Your body, woken up to its possibilities, and your brain, introduced to its capacity, can change your world. Creatively reintroducing sex, drugs, and alcohol to such an awakening is often beautiful.

Of course, there are remarkable folks who find the courage to fight against their addictions every day. Every hour. Anybody who attempts to diminish that addiction is an asshole. Full stop. But this is not about that. This is about the vultures and parasites who feed off your courage.

You know the type. The folks who never tried sex, drugs, and alcohol a day in their lives yet know everything about them. The self-appointed moral guardian. The expert witness. The creative hypocrite.

Rabid righteousness is crawling into every discourse. Everything has to be definitive now. Right or wrong. No room for confusion. Or doubt. Or being a human being. We are terrified at not having every answer to every question every second of every damned day.

Your side is absolutely right. Any doubt is weakness. Any question is foolish. Any dissent is madness. Anything outside reductionist ideas must be met with immediate rejection. Proudly. Defiantly. There is no discussion beyond those parameters. There is no room for complex conversation. You are right. And they are wrong. Definitively.

Men do rape. Drugs do kill. Alcohol does destroy lives. Yet most men do not rape. Never would. Most men are horrified by rape.

For most people drugs inspire an awakening of the senses and a yearning for profound engagement. Alcohol also, for most people, facilitates uninhibited joy and the embrace of others. There are anomalies to this. Always. And, thankfully, they are in the tiniest minority.

Some fools use alcohol as an excuse to be ugly with others. They should not drink. And they should make that choice themselves. Once may be a mistake. But twice becomes a pattern. Alcohol is obviously not your thing. Find other facilitators. And leave the happy people alone. Same applies to getting high. And getting laid. And getting creative. Don’t be an asshole. Simple as.

Governments fund campaigns to warn us of the dangers of uninhibited sex, the damage of alcohol and the fatalism of drugs. But sex, drugs, and alcohol can be dangerous for another reason. Not because they are addictive. They facilitate a sense of empowered freedom. And every controlling class scumfuck knows how dangerous that kind of creativity can be. T

hose same governments destroy entire generations with relentless austerity and other bogus policies but where are the protests? The campaigns? The outrage?

The Repeal the 8th Referendum has just been announced and we know how ugly that campaign will become. How hurtful. How both sides will roll out their destructive symbols to justify their righteous rage. Dead women. Dead babies. Neither knowing they would become corpses in a campaign.

But what happens when a child is born in this country? Where are the protests from both sides when it comes to the casual medicalisation of that birth? Who protects pregnant women on the disturbing conveyor belt of birth?

Where is the outrage at rich surgeons slicing perfect stomachs to expedite a return to the golf course? Where are the campaigns against the stealing of public beds by private patients who pay the going rate to be kept away from the poor? Where is the horror at the orchestrated demonisation of breast-feeding fueling the lucrative pumping of powdered poisons?

Where is the collective concern for the sisters, mothers, and grandmothers of those two hundred working-class boys sitting in a theatre in Ballymun wondering why their national leader has forgotten them in the national narrative?

If you put shit food into your body and refuse physical engagement, your body will turn to shit. You will seek out sugar and chemical rushes. You will sink deeper into your cycle of self-sabotage. You will negate responsibility. Destroy potential. Hate yourself. And others.

If you put shit ideas into your brain and reject curiosity, your mind will turn to shit. You will seek out gossip and prejudice. You will sink deeper into your cycle of malice. You will negate education. Destroy inspiration. Justify hatred. And use it against others.

Sex, drugs, and alcohol are used in both birth and abortion. Sometimes they are even used in the conception. As this Repeal the 8th Campaign plays out on social media the hatred will be overwhelming.

In today’s smoke-and-mirrors bullshit only two categories make sense to me anymore: Creative and Destructive. That’s the question I keep asking these days. The context doesn’t even matter. From conversation, to cooking, to curing cancer, are the people you are dealing with creative? Or destructive? Simple as.

Facebook is a magnificent facilitation for creative conversations. Compelling curiosities. Human connections. But it’s also a cesspool of cowards waiting to lob grenades from the comfort of their couches.

We saw it during the Right2Water campaign. Incredible people fighting for all of us being demonised daily by the despicable of us.

It even happened with Apollo House. Somehow, people trying to put our forgotten homeless front-row-center of the national narrative was turned into another justification for another attack. Same is happening every day with this whole gender thing.

Time to take a break from this social media mayhem. Until the end of the year. At least. There are brilliant people out there in Facebookland.

On both sides. Life-changing facilitators. Empowering alchemists. Creative humanists. But in this upcoming shitstorm, the ugly ones with the sharp teeth will be braying the loudest. You know the ones. Poisonous. Destructive. C***s.

Don’t want to be around destructive minds anymore. The con artists. The cowards. The crippling cynics who drag you down and suck the marrow out of your bones.

Looking at those two hundred kids made it clearer than ever that life really is too short for that shit. Need to absorb the insights of the creative minds. The believers. The brave. The beautiful bastards who lift you up and give flight to your fucking soul.

See you on the other side.