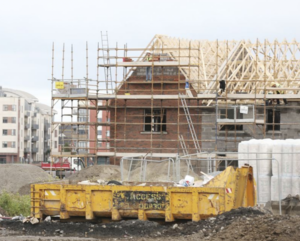 Housebuilding activity in Ireland is “substantially below” what official data suggests, according to a new report casting further doubt on the accuracy of Government figures.

Based on building energy ratings, the Goodbody BER housebuilding tracker shows 5,377 houses were completed in 2016. This compares to 14,932 completions indicated by official data, which derives from electricity connections.

Previously: If You Want To Solve A Problem…