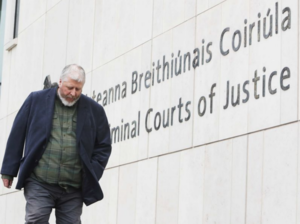 A teenage girl who was sexually exploited and abused by former sports journalist Tom Humphries has said she was left depressed and suicidal by the ordeal.

The Dublin Circuit Criminal Court heard the former Irish Times journalist began texting the girl when she was 14 and eventually engaged in sexual acts with her when she was 16.

He had made contact with her through his work with camogie teams.

The text messages continued for more than two years.

At one point, 16,000 text messages were exchanged during a three-month period.