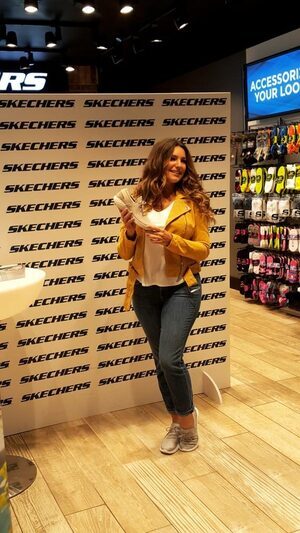 Model and Skechers Brand Ambassador Kelly Brook celebrated the launch of their new collection, YOU by Skechers.