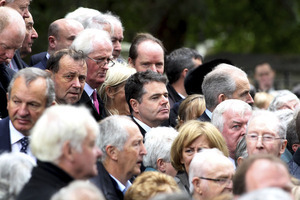 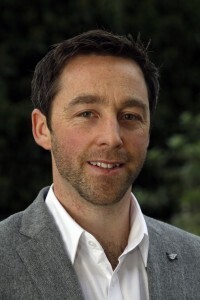 In tomorrow’s Budget you will hear talk about ‘what the budget means for you’ and ‘how much will you get back in your pocket’.

You might hear or see the news headlines about how various groups are getting a few euro ‘back’.

You will also hear the big tax accountancy firms (who make massive incomes from advising the rich and corporations on our current tax system) like PricewaterhouseCoopers, provide the Budget analysis and they will state that the Government was confined in what it could do and had little room for manoeuvre given the EU fiscal rules.

But you won’t hear that in fact you would be much better off if the State didn’t cut tax and used it to invest in essential public services like affordable housing and childcare.

You won’t hear that the tax cuts will benefit the higher incomes the most and that there are many other options available to the Government that would provide a more equal society and sustainable economy that they chose to ignore.

You won’t hear much about how the Government’s Budget will actually do nothing (or more likely) worsen our deeply unequal society where we have one of the highest levels of low pay and poverty in Europe and is still struggling to overcome the impacts of austerity and a lost decade of investment in key public services like health and housing.

The presentation of the Budget will focus on Ireland’s growing economy and how we can’t do anything radical that might jeopardise that growth.

But the truth is that, without radical changes, this economy will crash again and inequality is going to continue at its current unacceptable levels.

This society is deeply unequal.

We have a huge divide between those reliant on the public health system, waiting for months and years for urgent treatment and assessment, left on A & E trolleys and dying as a result, and those who are wealthy and privileged that can afford to access private treatment.

We have the divide between those who live in wealthy neighbourhoods, the majority of whom live longer and go to university, and those who live with substandard housing, broken playgrounds, the threat of anti-social behaviour, and a minority of whom get to go to third level and die younger.

Our economy and society is deeply divided. And this budget will not address that. We have a generation of people in their twenties and thirties (and many older too) in precarious, short-term and low-paid work and forced to live in expensive and precarious private rental accommodation.

They are leaving a country that has failed to provide them secure and affordable housing and prospects of a decent life, particularly in Dublin.

The Irish economic model has broken for younger generations and those on lower incomes and the poor. Home-ownership dropped from 80% in 1991 to 67% today.

Affordable home ownership is unavailable to a new generation.

A quarter of the population suffer from some form of deprivation – which is over double the 11% rate in 2007. Which shows the lasting impact of the crash and the failure of the recovery to reach many households.

Some of the most social excluded households have been hit hardest. Lone parent households for example have the highest deprivation rate at 57.9%. While those who were not at work due to illness or disability have an extremely high deprivation rate of over 50%.

Women, children, those with a disability or illness, those living in poor disadvantaged communities, Travellers, migrants – these are the most vulnerable groups in society and the ones who suffer the most – yet our system ignores them and deems it acceptable that their rate of poverty and deprivation is significantly worse than the rest of society.

This is a fundamental breach of the human right of these people who have the right to a live with human dignity just as anyone else does.

The truth is our economy is unequal and built on the fragile foundations of Government-supported tax avoidance by corporations.

We are a low taxation and, as a result, a low public spending economy, compared to other European countries.

Our low tax intake means we have much less than countries such as Denmark and Sweden to spend on public services and support that addresses key issues such as supporting those in poverty (a fifth of our workforce are low paid – one of the highest in Europe – a quarter of our entire population suffer economic deprivation and a third of our children are in deprivation).

With less tax available, we also have less to spend on key areas of social and economic infrastructure such as affordable housing, healthcare, education, transport and childcare. Proposed tax cuts will make this situation worse.

In other countries they have much more public affordable services – such as childcare, healthcare, housing provided by the state or not-for-profit organisations (paid through state support, higher levels of taxation and state regulation of the private market).

But here we have followed much closer to the US, neoliberal, free-market approach to basic necessities – that is we leave it to the private market, the ‘for-profit’ commercial sector to provide much of these public services.

But as they seek to maximise profits it makes them more expensive and less universally available.

We face a major problem in regard to changing things. This is the ‘cosy-consensus’ insider culture in our permanent state (amongst the higher levels of civil service bureaucracy) and successive governments, who have been lead by either Fianna Fail or Fine Gael, who protect themselves and their ‘class’ of the privileged.

They are not prepared to undertake radical measures that would really benefit those who are excluded and suffering.

For example, in housing – the obvious thing to do is to declare a housing emergency, increase by €1bn the funding going to local authorities so they can build 10,000 social houses per year, set up a State company that can build 20,000 affordable rental and ownership homes, and provide private tenants long term security of tenure.

It wouldn’t require raising taxes on ordinary people to do this – it could be financed by State borrowing, taking some of the Apple 13bn tax, using NAMA land and cash reserves, a high vacant site land tax, from the pension fund, a wealth tax, using the AIB and credit union funding, getting flexibility from the EU fiscal rules – clearly a lot of areas of potential funding.

But they won’t do it because it would lead to reduced rent and house prices – affecting the profits of the ‘property-financial’ industry complex – the vulture funds, the real estate investors, the landlords, the developers and land hoarders.

People on the ‘inside’.

So we won’t see major change until those in power are forced to change – by citizen’s action and by an alternative government that is actually prepared to do something radical – like implement a right to housing and health for all.

Why would the Government politicians change things?

They didn’t (and don’t) feel the pain of austerity, the stress of waiting for hospital treatment nor the trauma of being homeless or the constant anxiety of wondering how you will pay next month’s childcare, child’s birthday party, doctor, rent, mortgage or food bill?

Deprivation In The Unequal Recovery

63 thoughts on “What Paschal Won’t Tell You”