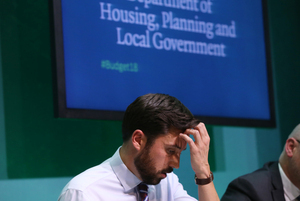 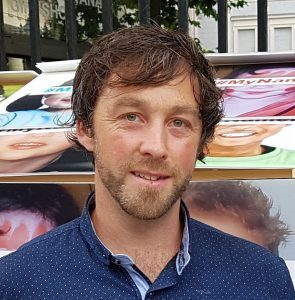 Last Tuesday I was left shaking my head in disappointment again. I know many others across the country felt the same.

The annual Budget might be a bit of a charade but it does provide a once a year focus on the direction of our economy and society, providing the overriding vision, policies and essential public spending and tax decisions that indicate our priorities as a country.

So the Budget was an ideal opportunity for the government to address the nation, declare the housing crisis an emergency and outline a series of radical and bold initiatives that would finally address the crisis. But instead we got another budget that will benefit the private developers, landlords and wealthy financial vulture investors.

Paschal Donohoe, the Minister for Finance, backed up by his Fine Gael, Independent and Fianna Fail TD colleagues in government, provided more of the same policies that will be inadequate to address the crisis and will continue to make it worse.

In order to get a full picture of the Budget announcements on housing you have to wade through a fair amount of spin, half-truths and misleading figures in order to see the reality – that there was in fact no major increase in the provision of affordable or social housing by the Fine-Gael/Fianna Fail Government in Budget 2018.

Budget 2018 was another opportunity lost. Another budget that will make the housing crisis even worse as it continues the policies that have caused the housing crisis (in particular the low level of building of social and affordable housing by the state).

The building of affordable housing, for rent and sale, by local authorities and housing associations is the one thing the government can actually guarantee will happen, unlike relying on the private sector.

The government just has to increase direct funding to these state bodies or support them to borrow and they can build.

But the increase in funding for direct state building of affordable housing was nothing short of disgraceful. An additional €160 million per year providing 3,000 extra social homes by 2021. That increase won’t even house the additional families who become homeless in the next three years.

What is even more misleading is the headline claim that the government will provide a total of 25,500 new “social housing” next year. The overwhelming majority, 19,600, is to come in the form of Housing Assistance Payments (HAP) for low-income tenants in the private rented sector. Another 1,200 are to come from Part V – where the state buys 10% of private developments.

So we can see why we are in such a crisis. The government has essentially privatised the delivery of social housing onto a private housing market that is in complete crisis.

So when the government states it is spending €1.9 billion next year on providing social housing – that is a completely misleading figure. Just over a quarter of it –around €500million will be on direct building housing by the state, the largest chunk (around €800million) will be going to private landlords.

One of the main measures of ‘success’ in the Budget is the increase in private sector housing provision. Again we have misleading figures here (Mel Reynolds and Lorcan Sirr have done excellent research on this showing the actual number of builds are much lower than headline figures).

The Minister for Finance stated, in the Budget:

“Our actions to support the sector, though, are bearing fruit. Commencement notices for new housing are up by 47%. Planning permissions are up by 49%.”

But these figures tell us nothing of when they will actually be built, and even more importantly at what price they will be sold. The only private building going on is for houses that are going for sale at well above actually affordable prices.

So what is the government doing to provide affordable housing?

Their first announcement on affordable housing was an extra €60 million for the Local Infrastructure Housing Activation Fund (LIHAF) which “provides enabling infrastructure on key sites to open up lands for early development”, this pays for the roads, drainage etc for private developers to encourage them to start building.

But there is no clear mechanism for how this funding will ensure the building of affordable housing on these sites. Cherrywood, for example, has received €15 million from LIHAF, yet the state looks like it will be paying €350,000 for social housing there and an ‘affordable’ 2 bed room apartment could be in the region of €400,000.

There is a major issue here over what is defined as affordable housing. The government defines it as in the region of €320,000.

And these figures show up the major flaw in the government’s big affordable housing announcement of the budget – the setting up of the Home Building Finance Ireland fund, with €750 million (coming from the former Pension Reserve Fund – state funding in the Ireland Strategic Investment Fund, ISIF) available “for commercial investment in housing finance”.

Developers claim they can’t build a house for less than €320,000 in Dublin, so the only housing that will be built by developers financed from this fund will be well in excess of that price i.e. will not be affordable for most people.

The interest rate being charged by this fund to developers will be 8%, significantly higher than the 1 per cent rate the government can borrow and fund building at. This is another expense that house buyers will have to pay for. Furthermore, there is no guarantee that builders will take up the fund – it relies on their profitability assessments and land prices etc.

They could also use it for buying land and thus inflating land prices further – like where ISIF already funded the private developer Cairn to pay the inflated price for the recent RTE land sale.

It is worth contrasting this €750 million fund for private developer provided unaffordable housing with the miserly €12 million being made available “to unlock Local Authority owned land specifically to deliver affordable housing on those sites using models like co-operative housing”.

This is despite the Cooperative housing approaches like O Cualann Cooperative in Ballymun building housing for sale at €170,000 on which the housing Minister has said “have already proven to be successful but are now needed at scale”. So why not actually fund affordable housing construction?

Given the major problem of land hoarding that is taking place. Nama for example has stated that it has sold land sites with the capacity to deliver 50,000 housing units but the majority of it is being hoarded as to date only 3,700 units had been built or were under construction.

Why is the levy not being put in place from January 1, 2018? This is an emergency. And, for every 10 per cent increase in house prices it is estimated that land values increase by 35 per cent. So the vacant site levy should, if it was to incentivise land sales and building, should be put at least at the annual increase in land value i.e. in the range of 35%.

While I am on the subject of NAMA, there was more nonsense during the week from the Finance Minister, claiming NAMA had done a great job. NAMA sold half of its land to vultures and international investors who are now hoarding that land and playing a major factor in the house price increases and lack of supply.

Furthermore NAMA claimed it was going to build 20,000 affordable homes by 2020. But just 2000 are under construction. NAMA has 1000 hectares in Dublin that could build 25,000 homes. So NAMA could be doing a lot more to address the crisis if the government wanted it to do so.

But instead it wants to show the global investors and the IMF and Europe – NAMA is being wound up and will have a cash surplus – a great ‘success’ for Ireland Inc. even if it is playing a major role in worsening our housing crisis. And the new House Building Finance Ireland that is providing the loans to developers will be staffed with personnel from NAMA. I guess we won’t see much affordable housing be financed there then.

Back to the lost opportunity of this budget. The government could have made bold, imaginative and radical proposals and actioned policies that would address the crisis – such as forgoing the tax cuts it gave out (what most people gained from them was miserly anyway so why not put it all together and do something significant and meaningful with the money?).

Instead it could have used the hundreds of millions given away in tax cuts and the €1.3bn allocated to a ‘rainy day’ fund (again – WTF is with this– there is a f***ing flood going on right now in housing. People are drowning in unaffordable rents and house prices, mortgage arrears and homelessness).

The state through local authorities, and state agencies and NAMA has significant land banks that it could build affordable housing on now – and not be waiting for the private sector to build ( what will be unaffordable) housing in a year, or two years or ten years time when it sees it can make sufficient profit worth its while to build housing.

Of course, the longer the lack of supply goes on the higher the prices for the vulture land hoarders, the higher the rents for the Real Estate Investment Trusts, the more state subsidies to private landlords – so its suits the private developers and landowners to sit back and wait – as the crisis worsens their profits rise.

The government knows this. They know the private speculative building sector will never build ‘affordable housing’. So be very clear about in who’s interests government housing policy is working. And if they don’t realise it that is because they are blinded by their ideological faith in the private market. As it is only the state, and not-for-profit housing companies that will build affordable housing on a sufficient scale to meet housing need.

In announcing a radical housing plan the government could have asked for the solidarity and support of the Irish people in embarking on such a historic effort to address the humanitarian and economic disaster that is our housing crisis.

I believe people would have supported that if it was put in the context of a new national housing plan to provide affordable housing – to provide the human right of an affordable and secure home – for all those excluded from the housing market – from people looking to buy an affordable home, renters looking for security of tenure and affordable rents, those on social housing waiting lists needing a public house and the homeless who most urgently need a secure home.

I spoke to a homeless mother in one of the Family Hubs (which are supposed to be an improvement on hotels for homeless families but in reality are a political strategy to effectively hide the homeless crisis) the other day and she told me that her son, who has suffered major anxiety since they became homeless and went into a hub, is “asking Santa for a house for Christmas”.

This is what the housing disaster is doing to our citizens. Where a child’s dream is replaced by a living nightmare.

32 thoughts on “Another Budget, Another Failure On Housing”