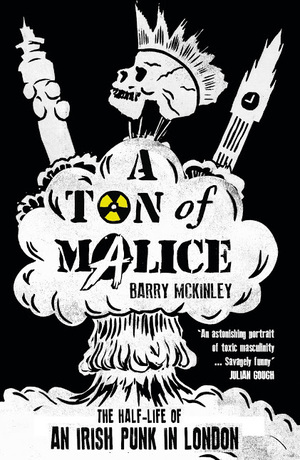 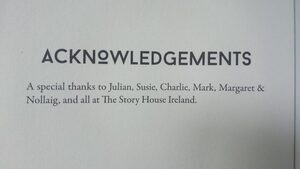 From top: Barry McKinley’s debut novel A Ton of Malice: The Half-Life Of An irish Punk In London  with an acknowledgement to The Story House Ireland.

It’s fair to say that we have a bit of a soft spot for The Story House Ireland at the ‘sheet.

The House, a cosy, affordable writer’s retreat in the Waterford countryside, began life in 2015 as a place to relax and create.

They’ve asked us to let you know that one of their alumni, Barry McKinley, will be in conversation with Tony Clayton-Lea as part of this years Waterford Writers Weekend (running in tandem with Imagine Festival 2017)

Barry’s debut novel “A Ton of Malice – The Half-Life Of An Irish Punk in London” has been garnering rave reviews since publication earlier this year.

Barry has acknowledged his time at the inaugural Story House course in 2015 (you saw it here first) with authors Julian Gough, Susie Maguire and Donal Ryan helped him to get this book on the shelves.

Barry McKinley reading and interview will be at The Book Centre in Waterford this Saturday, October 21.at 12pm. Admission is free!

Curated by Rick O’Shea, the festival this year includes a ‘ton’ of other well know writers – Liz Nugent/ StefaniePreissner/ Paul Howard/ Sinead Crowley/Dave Rudden/Sally Rooney as well as a discussion on how NOT to approach a publisher with Lisa Coen and Sarah Davis-Goff of Tramp Press.

Once Upon A House

2 thoughts on “Making Malice In Waterford”