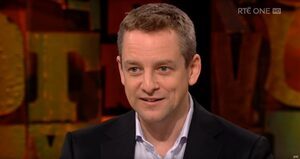 The Times Ireland Edition editor Richard Oakley attempted to lift the LID off the jar of TRUTH behind women’s long distance running events in Ireland.

Mr Oakley, who has stewarded women’s half marathons, claimed that many participants preferred to WALK even though they looked perfectly capable of JOGGING.

The claims were made to the eye-popping incredulity of fellow panellists Dr Ciara Kelly and Stefanie Preissner.

This could run and run.

54 thoughts on ““A Significant Number Of Women Walk The Event””