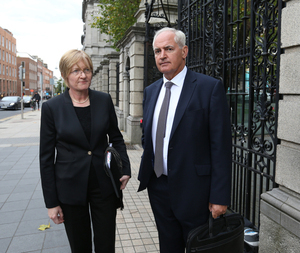 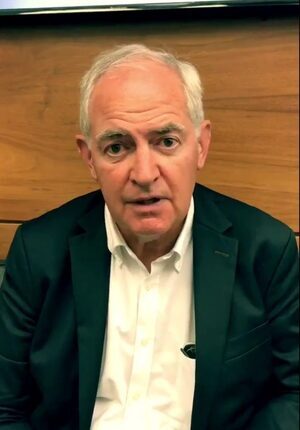 From top: Dr Peter Boylan and Dr Meabh Ní Bhuinneain at Leinster House for the Eighth Amendment of the Constitution Committee meeting yesterday; Dr Boylan at Newstalk this morning

On The Pat Kenny Show on Newstalk.

Dr Peter Boylan, chair of the Institute of Obstetricians and Gynaecologists and former master of the National Maternity Hospital, was interviewed.

It followed a vote last night by the Oireachtas Committee on the 8th Amendment to remove the 8th amendment from the constitution.

It was the first vote taken by the committee – with 15 members voting Yes, three voting No and two members, Fianna Fail’s James Browne and Anne Rabbitte, abstaining.

Towards the end of the Newstalk interview, Mr Kenny read out some texts that came into the show.

‘A mother’s life is in danger: I was that mother, 27 years ago. At 24 weeks’ gestation, my blood pressure went through the roof. I had pre-eclampsia and toxaemia. My consultant contacted my husband and said he had to do a C-section and his exact words were ‘otherwise, we will lose your wife’. Unfortunately our little baby died.

Boylan: “Yes, and that’s exactly what happens. We would deliver a baby at 24 weeks and a full panoply of intensive care from the neonatal team would be instituted and I, all of us, practicing obstetricians, have experience with that sort of situation. That’s not a termination of pregnancy…”

Kenny: “Yeah, I was just going to say, that would actually be permitted, presumably, under the 8th amendment because there’s a distinct risk to the life of the mother and both will die, therefore, you make the choice to save one.”

Boylan: “But you’re also…no, not a choice to save one. You save the mother and, in the course of delivering a baby at 24 weeks, you make every effort to save that baby also and, nowadays, viability is regarded as 24 weeks in this country. So, that’s the situation.”

Kenny: “This one: ‘Peter Boylan is an ardent abortion campaigner. He fails to mention that the law in Ireland changed after Savita. The 2013 Protection of Life During Pregnancy Act gave absolute clarity to doctors that they can intervene to save the life of a pregnant woman, even at the cost of the life of the baby’.”

Boylan: “Well, the problem with the Protection of Life During Pregnancy Act is that there’s no guidance as to how sick a woman has to be and also the woman doesn’t have any input into that decision. We discuss everything with her obviously but, it’s, she can’t say ‘look I’m worried that I’m going to die’ and we say, ‘no, actually, you’re not really at risk of death, yet. When you get to be at risk of death, then we will intervene.’ Now that’s a highly unsatisfactory way to practice medicine.”

Kenny: “The law says that you have to wait until, in your judgement, there is…”

Boylan: “And if we get the judgement wrong, either the mother dies or we’ve committed a criminal offence in this country. That’s unfortunately the reality.”

Kenny: “So not only do you want the 8th repealed but you also want the Protection of Life During Pregnancy Act changed?”

Boylan: “Well, if proper legislation is introduced then the Protection of Life During Pregnancy Act would be just part of that legislation and we would be able to intervene, continue to intervene, but also for other reasons as the Citizens’ Assembly suggested.”

Kenny: “‘Professor Boylan has no advantage. Everybody knows Savita died of septicaemia via E.coli. Can Mr Boylan explain in detail how an abortion would have saved her?'”

Boylan: “She did die of sepsis and there’s no question that there were deficiencies in her care, I’ve never denied that, I’ve never tried to say that was not the case. Of course she died of septicaemia, she wouldn’t have got septicaemia if her uterus was empty and any practicing doctor knows that and anybody who claims otherwise is really not telling the truth.”

Kenny: “This one, Martin. ‘The 2013 legislation dealt with the Savita-type cases already, nothing to do with the 8th amendment.'”

Boylan: “Well, I mean anybody who has, any doctor who has read her chart, myself and [Sabaratnam] Arulkumaran, an internationally respected expert, have come to a different conclusion and the conclusion is, if she had had a termination of pregnancy, we wouldn’t even know her name, we wouldn’t know anything about her, she would be down in Galway, probably with a young family.”

Boylan: “No, I don’t. If we didn’t have easy access to termination of pregnancy in the UK, we would probably have an awful lot of maternal deaths and we would not have had any saving of any lives, at all.”

Kenny: “The committee you said was attentive yesterday but we know there was at least, there was, there were three people who voted against but two people in particular have been outspoken in their unhappiness with the committee and that’s Senator Ronan Mullen and Mattie McGrath TD. Do you anticipate that this will become as divisive and bitter as some of the previous campaigns have been?”

Boylan: “I think as the tide turns and as people see the logic and the reasonableness of repealing the 8th amendment and introducing legislation in this country, I think it probably will get quite nasty.”

Listen back in full here [Part 1] 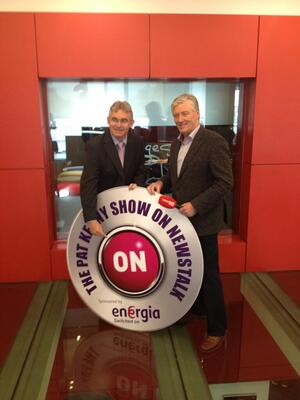 Can You Move A Dial? 43 thoughts on “Dr Boylan: Savita Would Have Survived”