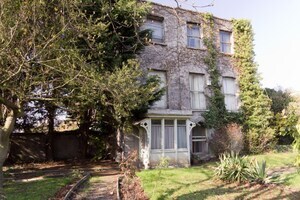 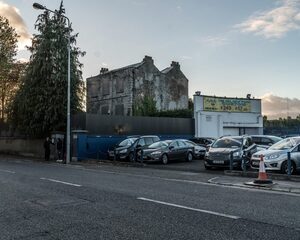 As you get older you begin to believe that old buildings and other things from the past have merit and as such should be preserved. Maybe that view of life is not valid and maybe once something has served its purpose it should be replaced with something more appropriate.

Anyway, all that I can say with any certainty is that it depresses me to see the gradual decline of this house and other similar buildings throughout the city.

I last photographed this derelict building in May of this year and northing appears to have happened since then. What I suspected would happen does appear to be happening.

The building has been surrounded by a high fence in such a way that it has become invisible and as a result, over an extended period, people will forget that it ever existed.

At the very best the house will be demolished and replaced by a block of generic apartments any everyone will be surprised because they will not remember what was there.