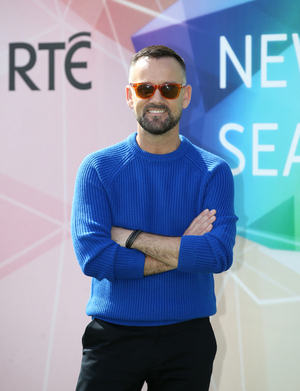 Masterchef’s Gregg Wallace will take us behind the scenes of one of the world’s most loved cooking shows as well as telling Ray about meeting wife number four on Twitter!

Brendan Courtney will tell Ray about hanging out with ministers Eoghan Murphy and Simon Harris; and he will also talk about his new RTÉ2 show This Crowded House which explores the issue of millennials stuck in the family nest due to the housing crisis.

Ray talks to swimmer Karen Leach about turning her life around after being abused by her former swimming coach, in what became one of the biggest scandals in Irish sporting history.

Meath woman Angela Scanlon will talk about the new series of BBC’s Robot Wars, and being a rising star in the UK.

And which county will it be this week for Ray’s House Hunt, a game of memory, speed and stamina where one lucky viewer has the opportunity to win some cash, live on telly, from the comfort of their own home. If you want to play Ray’s House Hunt, e-mail Raydarcyshow@rte.ie