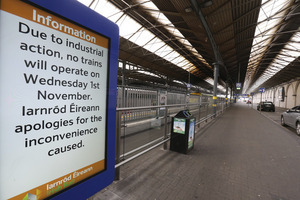 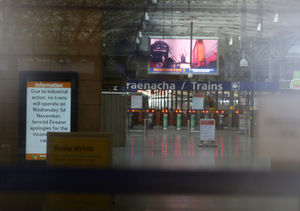 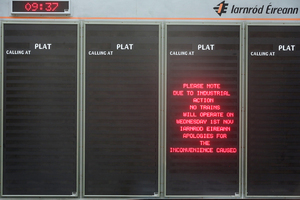 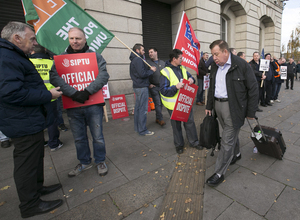 Richard Smith (above centre) on holiday from USA walks past train drivers and rail workers as they begin a 24-hour strike, the first of five that will shut down Dart, commuter, and Intercity rail services in the run up to Christmas. 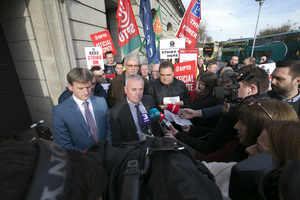 From left: Greg Ennis of SIPTU and General Secretary of the National Bus and Rail Union (NBRU) Dermot O’Leary join the picket

The Iarnród Éireann Trade Union Group have written to the Group Secretary of CIE saying it is “long since passed time that leadership was provided” to end the dispute.

Get the facts on why Irish Rail workers are taking a stand. #IarnrodEireann#IrishRail#railstrike#IrishRailStrikepic.twitter.com/FP3u8HMgjR

Remember. This is @sIptu response to #RailStrike. Open the State chequebook & waste more public money on caving in to the strikers…