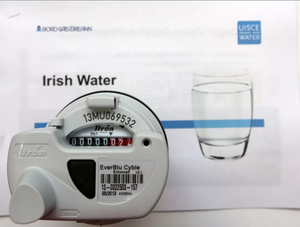 “I am one of the eejits who paid the water charges, not because I was ever less than apoplectic at the antics of Irish Water’s superbly entitled bosses, but because I’m sick of living in a supposedly developed country where people have to boil tap water to make it drinkable and where raw sewage pours into the sea.

…What I would like is that instead of being the last act in a long-running farce that made a mockery of our democracy, the money we paid be used for a decent democratic experiment. There’s €178 million in a pot and the Government has decided that it belongs to those who paid their water charges. So let us (and us alone) decide collectively how to spend it.

One of these options would, of course, be simply to pay the money back to the individual householders.

…But I suspect most people would be much happier to see their money used to achieve something.

Three of Ireland’s best-known charities have agreed to join forces and form a national campaign to ask the Irish public to consider donating their refunds from Irish Water to tackle the national homelessness crisis in Ireland.

Simon Community, Focus Ireland and Peter McVerry Trust are planning a major national fundraising campaign to coincide with the upcoming Irish Water national repayment scheme which will see €173 million handed back to almost one million account holders over the coming months.

The 3 charities intend to launch “The Refund Project” – a national advertising and public information campaign asking people who can afford to donate, to consider the plight of Ireland’s over 8000 people who are homeless, more than 3000 of which are children. The new group say that even a fraction of the total repayments could help make an enormous difference in the delivery of much needed housing.

‘Homelessness Has Become A Business… And Socially Acceptable’

21 thoughts on “No Refunds For Eejitry”