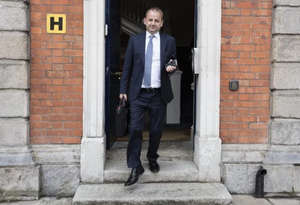 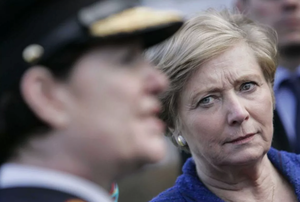 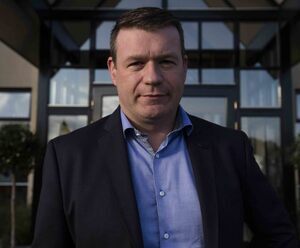 You may recall a post from Friday, entitled The Legal Strategy Against Maurice McCabe.

It centred on questions put to the Department of Justice, by Labour TD Alan Kelly, in relation to what knowledge, if any, the department had about the legal strategy employed by An Garda Siochana at the O’Higgins Commission of Investigation in 2015.

Readers will recall how at the O’Higgins Commission of Investigation – which was set up to examine complaints of Garda malpractice made by Sgt McCabe – legal counsel for former Garda Commissioner Noirin O’Sullivan said it would argue that Sgt McCabe made his complaints because of a grudge and that evidence of this would be based on a particular meeting Sgt McCabe had with two other gardai.

This line of argument was dropped after Sgt McCabe produced a recording of the meeting which proved this was untrue.

Mr Kelly has written to the Department of Justice asking what knowledge the former Justice Minister Frances Fitzgerald had of this legal strategy.

He’s now calling for Mr Varadkar to make a public statement on the matter.

He also said he believes that, if the Department of Justice was aware, then the terms of reference for the Disclosures Tribunal – which is being overseen by Supreme Court judge Peter Charleton and is examining allegations of a smear campaign against Sgt McCabe – need to be widened to include the department.

Mr Kelly spoke to Sean O’Rourke on RTE Radio One this morning in which he reiterated his questions.

Sean O’Rourke: “You lay particular emphasis on contacts between the Commissioner’s office and the office of the Secretary General of the Department of Justice on the 15th of May 2015. Why is that date important?”

Alan Kelly: “It’s very important because this is the day that everything changed in relation to O’Higgins and that Maurice McCabe became aware of a different strategy as regards the Commissioner and their legal strategy to him. And, in relation to the whole aspect of whether he had had motives, different motives…”

Kelly: “An agenda or had a grudge in relation certain aspects of the gardai and that’s why he acted in the way in which he did. It was proven to be false…”

Kelly: “If they [Department of Justice] come out and say ‘no, they weren’t aware in any way, shape or form, this dies. Because it’s effectively saying look no they weren’t privy to anything. The issue is this: in the questions and answers that I’ve got back from Minister Flanagan, he doesn’t deny that there were meetings. He doesn’t deny that there was something going on.”

Readers may wish to note that, although it hasn’t been mentioned on RTE, Broadsheet previously reported how, at the outset of the O’Higgins Commission, the legal counsel for Ms O’Sullivan argued that the reason for this so-called grudge was that Sgt McCabe wanted the directions made by the DPP in 2007 – in respect of a “dry humping” allegation made by the daughter, Ms D, of a guard previously disciplined by Sgt McCabe in 2006 – overturned.

But the DPP’s directions were categorically in Sgt McCabe’s favour.

And what the gardai didn’t know, going into the commission, was that Sgt McCabe had been fully briefed of the DPP’s directions back in 2007 when they were first issued.

These were the DPP’s directions:

And the date Sgt McCabe informed the O’Higgins Commission that he was fully aware of the DPP’s directions, knew they were strongly in his favour and, therefore, had no desire for them to be overturned?

(Readers should note the ‘humping’ allegation mentioned above was revived in 2013 when Ms D went to a counsellor and the counsellor sent a botched referral outlining a much more serious allegation of rape to Tusla.

This botched referral would eventually reach Ms O’Sullivan’s office in May 2014 and the false allegation against Sgt McCabe remained on file in the Commissioner’s office until the Disclosures Tribunal began earlier this year).

Listen back to Today with Sean O’Rourke in full here