The Danish concept of “Kvajebajer” translates something like publicly screwing up so badly you have to buy everyone else in the bar a drink. So, DBU is asking if Carlsberg are going to apologise by buying all the 2,400 Danish fans pints tonight as an apology. 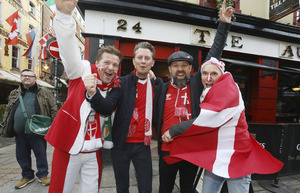 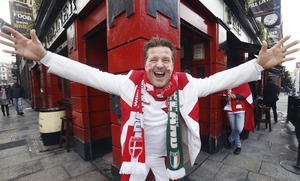 Danish fans enjoying the craic in Temple Bar, Dublin 2 ahead of tonight’s World Cup football qualifier against the Republic of Ireland.

Is RTE Lol-ing At Its Own Since opening our doors in 2003, has delivered thousands of web and digital experiences, across a multitude of website design new delhi platforms alarge enough to offer you the knowledge and expertise we’ve gained servicing the Corporate and website design companies in japan Government sectors, yet small enough to care. .

32 thoughts on “Reaches The Parts”